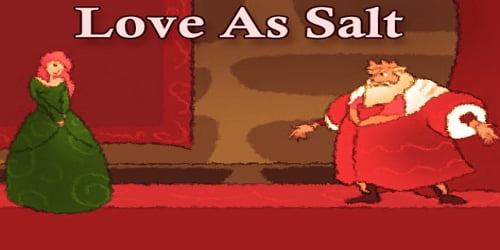 On hearing this, the King was furious.

Sad and dejected, the princess began to wander in the forest. Suddenly, she heard the sound of a horse galloping. Frightened, she hid in the hollow of a tree. The horse halted near the tree and a young man alighted. He had seen the princess hiding behind the tree. As soon as they both saw each other, they fell in love. “I am a trader,” said the young man. “I live in a neighboring kingdom. What are you doing alone in this dense forest?”

The princess then narrated her woeful story. “I love my father very much, but he doesn’t understand!” she sobbed. “One day he will,” consoled the trader. Soon they were married and the youngest princess lived in a mansion with her husband, the trader.

Then one day, it so happened that the king lost his way while hunting. For two days, he kept wandering in the forest. Then, as fate would have it; he reached the trader’s mansion. Hungry and tried, he approached the trader and sought his help.

Although the trader knew that the king was none other than his father-in-law, he kept quiet about it. “I shall arrange for your food, Your Majesty!” he said and went to his wife, the princess. The trader told her about the king’s arrival and asked her to prepare a feast. “But remember, all the dishes should be sweet!” he instructed.