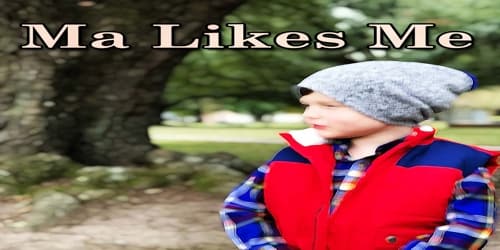 There was once a little boy of four years who was very unfortunate in having the disposition to do just the wrong thing instead of the right one. He required constant watching, being so forgetful of all the ad-monitions he had received; it seemed almost of no use to talk to him. If the chickens were securely locked into their own enclosure, they were generally to be found soon after, scratching in the garden. If the milk-closet was properly closed, somebody had the mysterious faculty of letting a swarm of flies in, which cook might discover at her leisure.

No matter if cook gave him a handful of cakes and a glass of milk while dinner was getting ready, this little fellow could not refrain from slyly nipping the cake or pie, and tasting the honey or preserves, assigns upon the tablecloth proved. It was “somebody,” who added extra bluing to the rinse water when the washer woman’s back was turned, and who was it had pulled the melons before they were ripe? And who well, there was no end of perplexing questions that never were quite answered, and all the time a certain little boy was looking at the picture of innocence.

But at last questionings ceased and accusations were the order, and after a while, this small boy used to receive lectures, and be asked often enough, “Where he thought he was going to by and by if he did not change his course.” This oft-repeated question seemed to have no rousing effect upon him, for he always made the same reply that, “he didn’t know;” and I don’t suppose that his questioners could have answered any better if it had been left to them. Well, after spools of colored thread had been unraveled and tangled ruinously, the machine oil can hopelessly spiked with needles, and auntie’s lovely lace pattern unraveled to see the crinkles in the thread, the assembled ladies mother, auntie, and a guest, with such onlookers as cook and laundress began to talk to him again, more impressively than ever, if possible.

Auntie said the most, and her remarks received expressiveness and endorsement from the uplifted hands of the laundress, the frowns, shakes of the head, and the declaration of the cook that child almost outdid himself in contrariness. “Who can love you?” “Love him! Who can even like him?” “See what you’ve done. Who would have such a boy? Not I, as a gift.” “Nor I, if I was paid for it.” Things began to look dark for somebody, as he looked from one face to another.

In mother’s look, he discovered not indignation, but sorrow, and felt a little of the heavy feeling removed. “Why don’t you say something, bad boy?” said auntie, and, thus. Urged, he braved up and answered, “Ma likes me.” How could ma deny this and destroy his only dependence?

That thought was something he could lean back upon, though all around were against him. Ma beckoned him to her, took him out, washed the ink-marks from his fingers, put a clean apron on him, and just asked him, “Now won’t you try to be good?” He promised, and all the afternoon was the most uneasy being imaginable, trying to keep his word; and it tired him so that he fell asleep before three o’clock.