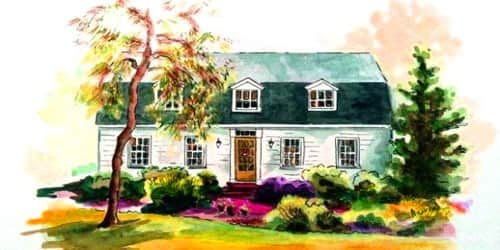 This is a story that reminds us of the road that kindness takes. Mak Som was an old lady in her seventies. The woman is now 75 years old. Her husband passed away a decade ago. She sits alone now like she does every night.  She was often seen collecting unwanted boxes from the rubbish bins by the roadsides. She would then cart them away to be sold on her old bicycle. Many villagers had offered to take her in but she refused. She wanted to be independent. Now she sits with no one to talk to, no one to listen or gossip with. At night, she would be sleeping with a torn and tattered cloth as her blanket on a bench in the park.

One day, the village headman called a meeting. They discussed Mak Som’s condition and decided to build a wooden house as a surprise gift. After buying the necessary materials, the men started work. even the children were eager to help. They liked carrying tools or just fetching things for the workers. 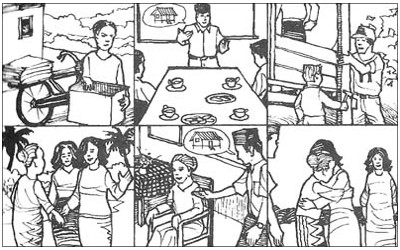 Mak Som was curious and asked the women what was happening. The women said sheepishly that a villager’s relative was moving in and the men were merely helping to build a house for him.

When Mak Som came, she was given the seat of honor. The village headman then announced that the new house was a gift of the villages to Mak Som. she did not want the house at first saying that she did not have the money to repay them. After convincing her that it was a sincere gift of love from the villagers, she finally accepted. With tears of joy, Mak Som thanked every one of the villagers. The villagers were glad that they had done their part for this elderly member of their community.