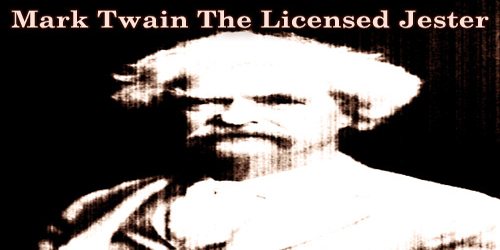 Mark Twain has crashed the lofty gates of the Everyman library, but only with Tom Sawyer and Huckleberry Finn, already fairly well known under the guise of “children’s books” (which they are not). His best and most characteristic books, Roughing It, The Innocents at Home, and even Life on the Mississippi, are little remembered in this country, though no doubt in America the patriotism which is everywhere mixed up with literary judgement keeps them alive.

Although Mark Twain produced a surprising variety of books, ranging from a namby-pamby “life” of Joan of Arc to a pamphlet so obscene that it has never been publicly printed, all that is best in his work centres about the Mississippi river and the wild mining towns of the West. Born in 1835 (he came of a Southern family, a family just rich enough to own one or perhaps two slaves), he had had his youth and early manhood in the golden age of America, the period when the great plains were opened up, when wealth and opportunity seemed limitless, and human beings felt free, indeed were free, as they had never been before and may not be again for centuries. Life on the Mississippi and the two other books that I have mentioned are a ragbag of anecdotes, scenic descriptions and social history both serious and burlesque, but they have a central theme which could perhaps be put into these words: “This is how human beings behave when they are not frightened of the sack.” In writing these books Mark Twain is not consciously writing a hymn to liberty. Primarily he is interested in “character”, in the fantastic, almost lunatic variations which human nature is capable of when economic pressure and tradition are both removed from it. The raftsmen, Mississippi pilots, miners and bandits whom he describes are probably not much exaggerated, but they are as different from modern men, and from one another, as the gargoyles of a medieval cathedral. They could develop their strange and sometimes sinister individuality because of the lack of any outside pressure. The State hardly existed, the churches were weak and spoke with many voices, and land was to be had for the taking. If you disliked your job you simply hit the boss in the eye and moved further west; and moreover, money was so plentiful that the smallest coin in circulation was worth a shilling.

The American pioneers were not supermen, and they were not especially courageous. Whole towns of hardy gold miners let themselves be terrorized by bandits whom they lacked the public spirit to put down. They were not even free from class distinctions. The desperado who stalked through the streets of the mining settlement, with a Derringer pistol in his waistcoat pocket and twenty corpses to his credit, was dressed in a frock coat and shiny top-hat, described himself firmly as a “gentleman” and was meticulous about table manners. But at least it was not the case that a man’s destiny was settled from his birth. The “log cabin to White House” myth was true while the free land lasted. In a way, it was for this that the Paris mob had stormed the Bastille, and when one reads Mark Twain, Bret Harte and Whitman it is hard to feel that their effort was wasted.

However, Mark Twain aimed at being something more than a chronicler of the Mississippi and the Gold Rush. In his own day he was famous all over the world as a humorist and comic lecturer. In New York, London, Berlin, Vienna, Melbourne and Calcutta vast audiences rocked with laughter over jokes which have now, almost without exception, ceased to be funny. (It is worth noticing that Mark Twain’s lectures were only a success with Anglo-Saxon and German audiences. The relatively grown-up Latin races whose own humour, he complained, always centred round sex and politics never cared for them.) But in addition, Mark Twain had some pretensions to being a social critic, even a species of philosopher. He had in him an iconoclastic, even revolutionary vein which he obviously wanted to follow up and yet somehow never did follow up. He might have been a destroyer of humbugs and a prophet of democracy more valuable than Whitman, because healthier and more humorous. Instead he became that dubious thing a “public figure”, flattered by passport officials and entertained by royalty, and his career reflects the deterioration in American life that set in after the Civil War.

Mark Twain has sometimes been compared with his contemporary, Anatole France. This comparison is not so pointless as it may sound. Both men were the spiritual children of Voltaire, both had an ironical, sceptical view of life, and a native pessimism overlaid by gaiety; both knew that the existing social order is a swindle and its cherished beliefs mostly delusions. Both were bigoted atheists and convinced (in Mark Twain’s case this was Darwin’s doing) of the unbearable cruelty of the universe. But there the resemblance ends. Not only is the Frenchman enormously more learned, more civilized, more alive æsthetically, but he is also more courageous. He does attack the things he disbelieves in; he does not, like Mark swain, always take refuge behind the amiable mask of the “public figure” and the licensed jester. He is ready to risk the anger of the Church and to take the unpopular side in a controversy in the Dreyfus case, for example. Mark Twain, except perhaps in one short essay “What is Man?”, never attacks established beliefs in a way that is likely to get him into trouble. Nor could he ever wean himself from the notion, which is perhaps especially an American notion, that success and virtue are the same thing.

In Life on the Mississippi there is a queer little illustration of the central weakness of Mark Twain’s character. In the earlier part of this mainly autobiographical book the dates have been altered. Mark Twain describes his adventures as a Mississippi pilot as though he had been a boy of about seventeen at the time, whereas in fact he was a young man of nearly thirty. There is a reason for this. The same part of the book describes his exploits in the Civil War, which were distinctly inglorious. Moreover, Mark Twain started by fighting, if he can be said to have fought, on the Southern side, and then changed his allegiance before the war was over. This kind of behavior is more excusable in a boy than in a man, whence the adjustment of the dates. It is also clear enough, however, that he changed sides because he saw that the North was going to win; and this tendency to side with the stronger whenever possible, to believe that might must be right, is apparent throughout his career. In Roughing It there is an interesting account of a bandit named Slade, who, among countless other outrages, had committed twenty-eight murders. It is perfectly clear that Mark Twain admires this disgusting scoundrel. Slade was successful; therefore he was admirable. This outlook, no less common today, is summed up in the significant American expression “to make good”.

In the money-grubbing period that followed the Civil War it was hard for anyone of Mark Twain’s temperament to refuse to be a success. The old, simple, stump-whittling, tobacco-chewing democracy which Abraham Lincoln typified was perishing: it was now the age of cheap immigrant labour and the growth of Big Business. Mark Twain mildly satirized his contemporaries in The Gilded Age, but he also gave himself up to the prevailing fever, and made and lost vast sums of money. He even for a period of years deserted writing for business; and he squandered his time on buffooneries, not merely lecture tours and public banquets, but, for instance, the writing of a book like A Connecticut Yankee in King Arthur’s Court, which is a deliberate flattery of all that is worst and most vulgar in American life. The man who might have been a kind of rustic Voltaire became the world’s leading after-dinner speaker, charming alike for his anecdotes and his power to make businessmen feel themselves public benefactors.

It is usual to blame Mark Twain’s wife for his failure to write the books he ought to have written, and it is evident that she did tyrannize over him pretty thoroughly. Each morning, Mark Twain would show her what he had written the day before, and Mrs. Clemens (Mark Twain’s real name was Samuel Clemens) would go over it with the blue pencil, cutting out everything that she thought unsuitable. She seems to have been a drastic blue-penciller even by nineteenth-century standards. There is an account in W.D. Howells’s book My Mark Twain of the fuss that occurred over a terrible expletive that had crept into Huckleberry Finn. Mark Twain appealed to Howells, who admitted that it was “just what Huck would have said”, but agreed with Mrs. Clemens that the word could not possibly be printed. The word was “hell”. Nevertheless, no writer is really the intellectual slave of his wife. Mrs. Clemens could not have stopped Mark Twain writing any book he really wanted to write. She may have made his surrender to society easier, but the surrender happened because of that flaw in his own nature, his inability to despise success.

Several of Mark Twain’s books are bound to survive, because they contain invaluable social history. His life covered the great period of American expansion. When he was a child it was a normal day’s outing to go with a picnic lunch and watch the hanging of an Abolitionist, and when he died the aeroplane was ceasing to be a novelty. This period in America produced relatively little literature, and but for Mark Twain our picture of a Mississippi paddle-steamer, or a stage-coach crossing the plains, would be much dimmer than it is. But most people who have studied his work have come away with a feeling that he might have done something more. He gives all the while a strange impression of being about to say something and then funking it, so that Life on the Mississippi and the rest of them seem to be haunted by the ghost of a greater and much more coherent book. Significantly, he starts his autobiography by remarking that a man’s inner life is indescribable. We do not know what he would have said it is just possible that the unprocurable pamphlet, 1601, would supply a clue but we may guess that it would have wrecked his reputation and reduced his income to reasonable proportions.