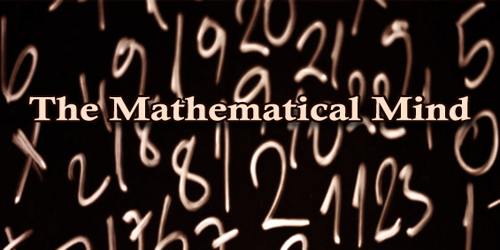 My daily paper just now is full of mathematical difficulties, submitted by its readers for the amusement of one of its staff. Every morning he appeals to us for assistance in solving tricky little problems about pints of water and herrings and rectangular fields. The magic number “9” has a great fascination for him. It is terrifying to think that if you multiply any row of figures by 9 the sum of the figures thus obtained is divisible by 9. It is uncanny to hear that if a clock takes six seconds to strike six it takes as much as thirteen seconds and a fifth to strike twelve.

Most of my life at school was spent in such pursuits that I feel bound to claim the mathematical mind to some extent, with the result that I can look down wonderingly upon these deeps of ignorance yawning daily in the papers–much, I dare say, as the senior wrangler looks down upon me. Figures may puzzle me occasionally, but at least they never cause me surprise or alarm.

Naturally, then, I am jealous for the mathematical mind. If a man who makes a false quantity, or attributes Lycidas to Keats, is generally admitted to be uncultured, I resent it very much that no stigma attaches to the gentleman who cannot do short division. I remember once at school having to do a piece of Latin prose about the Black Hole of Calcutta. It was a moving story as told in our prose book, and I had spent an interesting hour turning into fairly correct and wholly uninspired Latin the sort of Latin I suppose which a small uneducated Roman child (who had heard the news) would have written to a school-boy friend. The size of the Black Hole was given as “twenty foot square.” I had no idea how to render this idiomatically, but I knew that a room 20 ft. square contained 400 square feet. Also I knew the Latin for one square foot. But you will not be surprised to hear that my form master, a man of culture and education, leapt upon me.

He glared at me in indignation. “What’s the difference?” he said.

I sighed and began to explain. I went on explaining. If there had not been other things to do than teaching cultured and educated schoolmasters, I might be explaining still.

Yes, I resented this; and I resent now the matter-of-fact way in which we accept the ignorance of mathematics shown by our present teachers the press. At every election in which there are only two candidates a dozen papers discover with amazement this astounding coincidence in the figures: that the decrease in, say, the Liberal vote subtracted from the increase in the Conservative vote is exactly equal to the increase in the poll. If there should happen to be three candidates for a seat, the coincidences discovered are yet more numerous and astonishing.

Last Christmas a paper let itself go still further, and dived into the economics of the plum pudding. A plum pudding contains raisins, flour, and sugar. Raisins had gone up to 2d. a pound, or whatever it was, flour 6d., and sugar 1d. Hence the pudding now would cost 9d. a pound more!

Consider, too, the extraordinary antics of the press over the methods of scoring in the cricket championship. Wonderful new suggestions are made which, if followed, could only have the effect of bringing the teams out in exactly the same order as before. The simplest of simple problems in algebra would have shown them this, but they feared to mix themselves up with such unknown powers of darkness. The Theory of Probability, again, leaves the press entirely cold, so that it is ready to father any childish “system” for Monte Carlo. And nine men out of ten really believe that, if you toss a penny five times in the air and it comes down heads each time, it is more likely to come down tails than heads next time.

Yet papers and people who think like this are considered quite capable of dealing with the extraordinarily complicated figures of national finance. They may boom or condemn insurance bills and fiscal policies, and we listen to them reverently. As long as they know what Mr. Gladstone said in ‘74’, it doesn’t seem to matter at all what Mr. Todhunter said in his “Arithmetic for Beginners.”