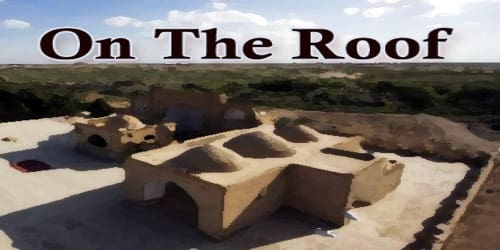 Nasreddin Hodja’s aged house had a leaking roof. One day the Hodja decided to fix it. He borrowed a ladder and with great difficulty climbed up to the roof. Just as he was setting off to work, he heard a knock on the door. He looked down from the edge of the roof and saw a stranger at the door.

“I am up here,” the Hodja shouted. When the man looked up, “What is it that you want?” the Hodja asked him.

“Please come down,” replied the man, “I have something to ask you.”

Hodja precariously descended down the rickety ladder. Once on the ground, he again asked the man what he wanted.

Hodja thought for a second and then told the man to come up to the roof with him. Hodja in front, the beggar behind him, both running short on breath, climbed up the shaky ladder. Once on the rooftop, Hodja turned to the man and said, “I don’t have any.”