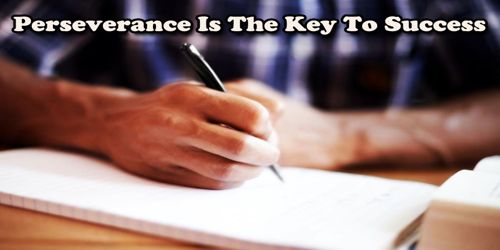 Perseverance Is The Key To Success

There was a boy in a village, who hailed from an obscure background. But he was brilliant, diligent and innovative. He was physically sound and mentally bold. His name was Rashed. He was determined to shine in life. But he was not disloyal to his elders. His father died when he was eight years of age. Then he lived with his mother and his younger sister Reshma. His mother used to work in the neighboring house. She took food for her son and daughter. Rashed got admitted to a nearby primary school and passed PEC securing GPA-5 (Golden). He rose up more and was admitted to his nearby high school. He obtained a scholarship and his fees were remitted. He did his SSC from science group and scored GPA-5 (Golden). With the help of local people, he passed HSC scoring GPA-5 (Golden).

Then he got himself admitted to Dhaka University and did BSc (Hons) and MSc securing GPA 3.80 and 3.85 respectively. Then he appeared at the BCS exam and was selected for Foreign Service. He joined the job and began leading a decent life. He made his sister highly educated too. Though he served both at home and abroad, he did not forget his village. He reached the pinnacle of success by dint of strength of mind. He made his village an ideal one.