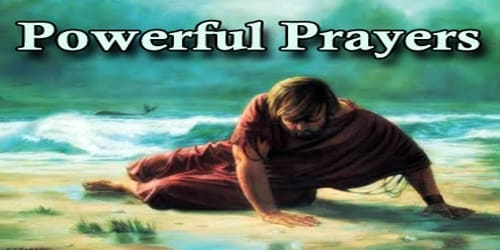 Kim and Ray were very close companions. They were neighbors, studied together, completed their graduation and worked together. They planned to enjoy a vacation and took a sea voyage to explore different places. Unfortunately, their ship was wrecked in the middle of the ocean. While most of the travelers were unable to save themselves, only Kim and Ray, who knew how to swim, could manage to save their lives, by swimming to an isolated island. They were very happy and thanked God for saving them. However, the island looked like a deserted island with hardly any trees, and poor atmosphere that no living organism could survive. They had no option, but pray to God to save their lives. Kim and Ray sincerely prayed to God. Nothing happened even after a couple of days. They decided to split their ways into opposite ends of the island and challenged themselves about whose prayer would be powerful.

Both divided their region in the deserted island and offered their prayers to God. Kim prayed to God that he would need food to survive. Surprisingly, he got a pile of food, fruits, and vegetables on the seashore. After two days, he requested for a beautiful girl as his wife, as he was feeling very lonely on the island. In a few hours, a shipwrecked again in the island near Kim’s region, where only a beautiful girl survived! He married the girl. After a few days, he requested for more food and shelter. All prayers of Kim were granted by God. Almost a month after the shipwreck, Kim decided to move back to his hometown. He prayed to God to send him a ship to take him home. Surprisingly, a ship came and took Kim and his wife. Just before the ship was about to move, a voice appeared!

‘Are you going alone, leaving your companion of life here?’ Kim was surprised, ‘May I know who is this and whom you are referring to? I have my wife with me!’

Then God said, ‘But why do you leave your companion here?’ Kim was confused again! Then God added, ‘Don’t get so excited my son. Your prayers are not answered and fulfilled by me. I was only fulfilling Ray’s prayers.’ He prayed only one thing to me! He said ‘Please fulfill all of Kim’s prayer’s, and that was his only prayer.’ Kim was in tears and rushed to the other side of the island. He realized that he did not even think about his best friend Ray, and was happily enjoying life with all pleasures. He could not find Ray there and asked God, ‘Where was Ray?’

God replied, ‘I took him with me, the man with the golden heart should be with me! But I will fulfill all your prayers as I promised him to do so!’ Kim was completely broken and realized why his friend’s prayers were more powerful because it was totally selfless.