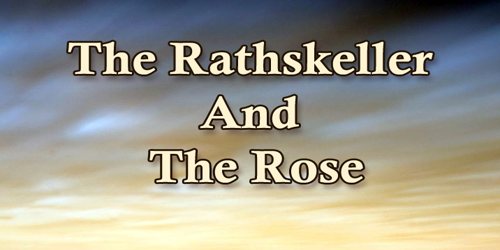 The Rathskeller And The Rose

Miss Posie Carrington had earned her success. She began life handicapped by the family name of “Boggs,” in the small town known as Cranberry Corners.

At the age of eighteen, she had acquired the name of “Carrington” and a position in the chorus of a metropolitan burlesque company. Thence upward she had ascended by the legitimate and delectable steps of “broiler,” member of the famous “Dickey-bird” octette, in the successful musical comedy, “Fudge and Fellows,” leader of the potato-bug dance in “Fol-de-Rol,” and at length to the part of the maid “Toinette” in “The King’s Bath-Robe,” which captured the critics and gave her her chance. And when we come to consider Miss Carrington she is in the heydey of flattery, fame, and fizz; and that astute manager, Herr Timothy Goldstein, has her signature to iron-clad papers that she will star the coming season in Dyde Rich’s new play, “Paresis by Gaslight.”

Promptly there came to Herr Timothy a capable twentieth-century young character actor by the name of Highsmith, who besought engagement as “Sol Haytosser,” the comic and chief male character part in “Paresis by Gaslight.”

“My boy,” said Goldstein, “take the part if you can get it. Miss Carrington won’t listen to any of my suggestions. She has turned down half a dozen of the best imitators of the rural dub in the city. She declares she won’t set a foot on the stage unless ‘Haytosser’ is the best that can be raked up; She was raised in a village, you know, and when a Broadway orchid sticks a straw in his hair and tries to call himself a clover blossom she’s on, all right. I asked her, in a sarcastic vein, if she thought Denman Thompson would make any kind of a show in the part. ‘Oh, no,’ says she. ‘I don’t want him or John Drew or Jim Corbett or any of these swell actors that don’t know a turnip from a turnstile. I want the real article.’ So, my boy, if you want to play I ‘Sol Haytosser’ you will have to convince Miss Carrington. Luck be with you.”

Highsmith took the train the next day for Cranberry Corners. He remained in that forsaken and inanimate village three days. He found the Boggs family and corkscrewed their history unto the third and fourth generation. He amassed the facts and the local color of Cranberry Corners. The village had not grown as rapidly as had Miss Carrington. The actor estimated that it had suffered as few actual changes since the departure of its solitary follower of Thespis as had a stage upon which “four years is supposed to have elapsed.” He absorbed Cranberry Corners and returned to the city of chameleon changes.

It was in the rathskeller that Highsmith made the hit of his histrionic career. There is no need to name the place; there is but one rathskeller where you could hope to find Miss Posie Carrington after a performance of “The King’s Bath-Robe.”

There was a jolly small party at one of the tables that drew many eyes. Miss Carrington, petite, marvelous, bubbling, electric, fame-drunken, shall be named first. Herr Goldstein follows, sonorous, curly-haired, and heavy, a trifle anxious, as some bear that had caught, somehow, a butterfly in his claws.

Next, a man condemned to a newspaper, sad, courted, armed, analyzing for press agent’s dross every sentence that was poured over him, eating his a la Newburg in the silence of greatness. To conclude, a youth with parted hair, a name that is ochre to read journals and gold on the back of a supper check. These sat at a table while the musicians played, while waiters moved in the mazy performance of their duties with their backs toward all who desired their service, and all was bizarre and merry because it was nine feet below the level of the sidewalk.

At 11.45 a being entered the rathskeller. The first violin perceptibly flatted a C that should have been natural; the clarionet blew a bubble instead of a grace note; Miss Carrington giggled and the youth with parted hair swallowed an olive seed.

Exquisitely and irreproachably rural was the new entry. A lank, disconcerted, hesitating young man it was, flaxen-haired, gaping of mouth, awkward, stricken to misery by the lights and company. His clothing was butternut, with bright blue tie, showing four inches of bony wrist and white-socked ankle. He upset a chair, sat in another one, curled a foot around a table leg and cringed at the approach of a waiter.

“You may fetch me a glass of lager beer,” he said, in response to the discreet questioning of the servitor.

The eyes of the rathskeller were upon him. He was as fresh as a collard and as ingenuous as a hay rake. He let his eye rove about the place as one who regards, big-eyed, hogs in the potato patch. His gaze rested at length upon Miss Carrington. He rose and went to her table with a lateral, shining smile and a blush of pleased trepidation.

“How’re ye, Miss Posie?” he said in accents not to be doubted. “Don’t ye remember me Bill Summers the Summerses that lived back of the blacksmith shop? I reckon I’ve growed up some since ye left Cranberry Corners.”

“Liza Perry ‘lowed I might see ye in the city while I was here. You know ‘Liza married Benny Stanfield, and she says”

“Married in June,” grinned the gossip, “and living in the old Tatum Place. Ham Riley perfessed religion; old Mrs. Blithers sold her place to Cap’n Spooner; the youngest Waters girl run away with a music teacher; the court-house burned up last March; your uncle Wiley was elected constable; Matilda Hoskins died from running a needle in her hand, and Tom Beedle is courtin’ Sallie Lathrop – they say he don’t miss a night but what he’s setting on their porch.”

“The wall-eyed thing!” exclaimed Miss Carring- ton, with asperity. “Why, Tom Beedle once say, you folks, excuse me a while this is an old friend of mine Mr. what was it? Yes, Mr. Summers Mr. Goldstein, Mr. Ricketts, Mr. Oh, what’s yours? ‘Johnny’ will do come on over here and tell me some more.”

She swept him to an isolated table in a corner. Herr Goldstein shrugged his fat shoulders and beckoned to the waiter. The newspaperman brightened a little and mentioned absinthe. The youth with parted hair was plunged into melancholy. The guests of the rathskeller laughed, clinked glasses and enjoyed the comedy that Posie Carrington was treating them to after her regular performance. A few cynical ones whispered “press agent” and smiled wisely.

Posie Carrington laid her dimpled and desirable chin upon her hands, and forgot her audience a faculty that had won her laurels for her.

“I don’t seem to recollect any Bill Summers,” she said, thoughtfully gazing straight into the innocent blue eyes of the rustic young man. “But I know the Summerses, all right. I guess there ain’t many changes in the old town. You see any of my folks lately?”

And then Highsmith played his trump. The part of “Sol Haytosser” called for pathos as well as comedy. Miss Carrington should see that he could do that as well.

“Miss Posie,” said “Bill Summers,” “I was up to your folkeses house jist two or three days ago. No, there ain’t many changes to speak of. The lilac bush by the kitchen window is over a foot higher, and the elm in the front yard died and had to be cut down. And yet it don’t seem the same place that it used to be.”

“She was setting by the front door, crocheting a lamp-mat when I saw her last,” said “Bill.” “She’s older’n she was, Miss Posie. But everything in the house looked jest the same. Your ma asked me to set down. ‘Don’t touch that willow rocker, William,” says she. ‘It ain’t been moved since Posie left; and that’s the apron she was hemming, laying over the arm of it, jist as she flung it. I’m in hopes,’ she goes on, that “Posie’ll finish running out that hem some day.”

“A pint of extra dry,” she ordered, briefly; “and give the check to Goldstein.”

“The sun was shining in the door,” went on the chronicler from Cranberry, “and your ma was setting right in it. I asked her if she hadn’t better move back a little. ‘William,’ says she, ‘when I get sot down and looking down the road, I can’t bear to move. Never a day,’ says she, ‘but what I set here every minute that I can spare and watch over them palin’s for Posie.’ She went away down that road in the night, for we seen her little shoe tracks in the dust, and something tells me she’ll come back that way again when she’s weary of the world and begins to think about her old mother.”

“When I was coming away,” concluded “Bill,” “I pulled this off’n the bush by the front steps. I thought maybe I might see you in the city, and I knowed you’d like something from the old home.”

He took from his coat pocket a rose a drooping, yellow, velvet, odorous rose, that hung its bead in the foul atmosphere of that tainted rathskeller like a virgin bowing before the hot breath of the lions in a Roman arena.

Miss Carrington’s penetrating but musical laugh rose above the orcbestra’s rendering of “Bluebells.”

“Oh, say!” she cried, with glee, “ain’t those poky places the limit? I just know that two hours at Cranberry Corners would give me the horrors now. Well, I’m awful glad to have seen you, Mr. Summers. Guess I’ll bustle around to the hotel now and get my beauty sleep.”

She thrust the yellow rose into the bosom of her wonderful, dainty, silken garments, stood up and nodded imperiously at Herr Goldstein.

Her three companions and “Bill Summers” attended her to her cab. When her flounces and streamers were all safely tucked inside she dazzled them with au revoirs from her shining eyes and teeth.

“Come around to the hotel and see me, Bill, before you leave the city,” she called as the glittering cab rolled away.

Highsmith, still in his make-up, went with Herr Goldstein to a cafe booth.

“Bright idea, eh?” asked the smiling actor. “Ought to land ‘Sol Haytosser’ for me, don’t you think? The little lady never once tumbled.”

“I didn’t bear your conversation,” said Goldstein, “but your make-up and acting was 0. K. Here’s to your success. You’d better call on Miss Carrington early tomorrow and strike her for the part. I don’t see how she can keep from being satisfied with your exhibition of ability.”

At 11.45 A.M. on the next day Highsmith, handsome, dressed in the latest mode, confident, with a fuchsia in his button-bole, sent up his card to Miss Carrington in her select apartment hotel.

He was shown up and received by the actress’s French maid.

“I am sorree,” said Mlle. Hortense, “but I am to say this to all. It is with great regret. Mees Carrington have cancelled all engagements on the stage and have returned to live in that how you call that town? Cranberry Cornaire!”