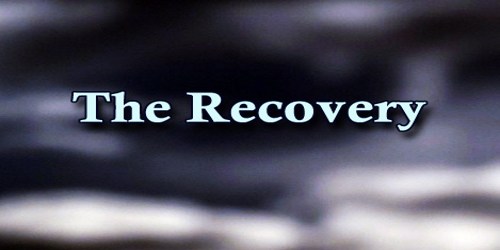 She was a woman of thirty-five, possessing something of youthfulness. It was not the bloom, the softness, nor delicacy of coloring which had once been hers; those were all gone. It lurked rather in the expression of her sensitive face, which was at once appealing, pathetic, confiding.

For fifteen years she had lived in darkness with closed lids. By one of those seeming miracles of science, and by slow and gradual stages, the light had been restored to her. Now, for the first time in many years, she opened her eyes upon the full, mellow brightness of a June day.

She was alone. She had asked to be alone at the very first. Glad almost to ecstasy, she was yet afraid. She wanted first to see the light from her open window; to look at the dumb inanimate objects around her before gazing into the dear familiar faces that were stamped with sharp and vivid impress upon her mind.

And how beautiful was the world from her open window!

“Oh, my God!” she whispered, overcome. Her prayer could get no further. There were no words to utter her rapture and thanksgiving at beholding the blue unfathomable June sky; the rolling meadows, russet and green, reaching deep into the purple distance. Close beside her window the maple leaves rippled in the sun; flowers, rich and warm in color blossom beneath, and radiant-winged butterflies hovered sensuous in mid-air.

“The world has not changed,” she murmured; “it has only grown more beautiful. Oh, I had forgotten how beautiful!”

Within her room were all the dear, dumb companions comforting her. How well she remembered them all! Her mahogany table, bright and polished, just as it had stood fifteen years ago, with a crystal vase of roses and a few books ranged upon it. The sight of chairs, beds, pictures gave her keen joy. The carpet and draperies, even with their designs as much like the old ones as could be seemed to her the same.

She touched with caressing fingers the French clock upon the mantel with its pompous little bronze figure of a last-century gentleman posing in buckles and frills beside the dial. She greeted him as an old friend, and delicately wiped his little bronze face with her soft handkerchief. As a child she had thought him an imposing figure.

At a later and over-discriminating age she had patronized him as a poor bit of art. Now, nothing could have induced her to part with the old French clock and its little bronze Bonhomme.

“This is folly,” she uttered suddenly, passing the handkerchief nervously over her face. With quick resolution, she crossed the room and faced her reflected image in the glass.

“Mother!” she cried, involuntarily, turning swiftly; but she was still alone. It had happened like a flash an unreasoning impulse that knew not control or direction. She at once recovered herself and drew a deep breath. Again she wiped her forehead that was a little clammy. She clutched the back of a low chair with her shaking hands and looked once more into the mirror. The veins in her wrists swelled like cords and throbbed.

You or I or anyone looking upon that same picture in the glass would have seen a rather well-preserved, stately blonde woman of thirty-five or more. Only God knows what she saw. It was something that held her with terrible fascination.

The eyes, above all, seemed to speak to her. Afflicted as they had been, they alone belonged to that old, other self that had somewhere vanished. She questioned, she challenged them. And while she looked down into their depths she drew into her soul all the crushing weight of the accumulated wisdom of years.

“They lied; they all lied to me,” she said, half aloud, never taking her eyes from those others. “Mother, sisters, Robert all, all of them lied.”

When the eyes in the glass had nothing more to tell her, she turned away from them. The pathos of her face had vanished; there was no longer the appeal that had been there a while ago; neither was there confidence.

The following day she walked abroad leaning upon the arm of the man whose untiring devotion to her had persisted for years. She would not fulfill her promise to marry him when blindness had overtaken her. He had endured the years of probation, wanting no other woman for his wife; living at her side when he could, and bringing himself close to her inner life by a warm, quick, watchful sympathy born of much love.

He was older than she a man of splendid physique. The slim stripling of fifteen years ago was hardly the promise of this man of forty. His face had settled into a certain ruggedness accentuated by a few strong lines, and white hairs were beginning to show among the black ones on the temples.

They walked across the level stretch of lawn toward a sheltered garden seat no great distance away. She had spoken little since that moment of revelation before her mirror. Nothing had startled her after that. She was prepared for the changes which the years had wrought in all of them mother, sisters, friends.

She seemed to be silently absorbing things and would have lingered in ecstasy before a flower, or with her gaze penetrating the dense foliage beyond. Her senses had long been sharpened to the sounds and odors of the good, green world, and now her restored vision completed a sensuous impression such as she had never dreamed could be borne in upon human consciousness.

He led her away to the bench. He fancied that seated he could better hold her attention to what was in his mind to say to her.

He took her hand in his. She was used to this and did not draw it away, but let it lie there.

“Do you remember the old plans, Jane?” he began, almost at once, “all that we were to have done, to have seen, all that we were going to live together? How we had chosen to start away in the early springtime upon our travels you and I and only come back with the frosts of winter. You have not forgotten, dearest?” He bent his face down over her hand and kissed it. “The spring is over; but we have the summer with us, and God willing, the autumn and winter left to us. Tell me, Jane tell me to speak to me!” he entreated.

She looked into his face and then away, and back again, uncertainly.

“I oh, Robert,” she said, gropingly, “wait for I the sight of things confuses me,” and with a faint smile, “I am not used; I must go back into the dark to think.”

He still held her hand, but she turned half away from him and buried her face in her arm that she leaned upon the back of the garden seat.

What could she hope to gather from the darkness that the light had not given her! She might hope, and she might wait and she might pray, but hope and prayer and waiting would avail her nothing.

The blessed light had given her back the world, life, love; but it had robbed her of her illusions; it had stolen away from her youth.

He drew close to her, pressing his face near hers for his answer; and all that he heard was a little low sob.