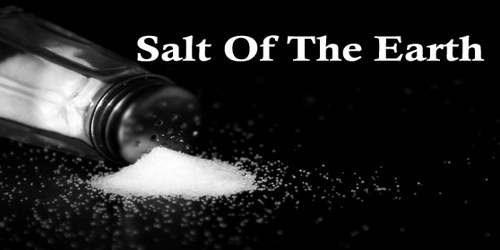 Salt Of The Earth

Everyone in China knows that the phoenix, or feng-huang, as it is known, is a beautiful bird, with its tail as bright as a peacock’s and its scarlet head and breast and back. The feng-huang’s wings are huge and colorful, and its eyes are as blue as the sea. The feng-huang is not only beautiful; it is also a noble and wise creature. It seldom appears, but everyone knows that when it does, it hovers over treasures, bringing fortune to those who see it.

One day a poor, hardworking peasant walked to his marshy fields to begin his long day’s work. Suddenly he stopped and his eyes opened wide, for there, ahead of him, half-hidden among the reeds, stood the fabulous feng-huang.

The peasant quickly ran toward the marsh, but as he reached the spot where the creature stood, it soared into the sky. The peasant watched it disappear, and then he turned to the spot where the feng-huang had been sitting. He smiled. “There must be treasure buried here,” he said, and he began to dig as fast as he could.

When he ran through the door, he called to his wife, “I have found treasure,” and he sat down and told her his tale.

The two stared in wonder at the piece of earth.

“Dear husband,” his wife said after a while, “you know you must take this to the Emperor.”

The man nodded, for he knew, like everyone else in his country, that anyone who found a treasure must report it to the Emperor.

The peasant dressed in his work clothes, for these, were the only clothes he owned. His wife carefully wrapped the piece of earth and placed it in a willow basket. Then the peasant took the basket in his hand and walked all the way to the capital city. There he announced his wish to present a treasure to the Emperor.

When the Emperor asked to see the gift, the peasant bowed low, reached into his basket and held out the earth. He told the Emperor the tale of the magical phoenix.

The Emperor frowned. “You are trying to make a fool of me,” he cried. “This is no treasure. Guards, take this man to the dungeon and put him to death. No one tries to trick the Emperor!”

The Emperor’s guards obeyed their master.

As for the basket of dirt, one of the servants placed it upon a shelf in the royal kitchen, and there everyone soon forgot all about it.

Sometime later, one of the cooks was carrying a bowl of soup into the royal dining hall. As he walked, he passed beneath the basket, and a small clod of earth splashed into the soup.

The cook was horrified, but just then the Emperor boomed, “Bring me my soup!”

The cook quickly carried the bowl to the table and placed it before the Emperor. His hands trembled and sweat poured from his brow as the Emperor dipped his spoon into the soup.

The Emperor took one taste and smiled. “Delicious,” he said. “This is the best soup I have ever tasted! What did you add to it?” he asked the cook.

Still, the cook trembled. “Your majesty,” he began, “I did nothing special, but a bit of dirt from the peasant’s basket fell into the soup.” As he spoke, he turned as pale as the clouds.

The Emperor was amazed. “Bring me that basket,” he called to his servants, for he remembered the peasant’s tale of the feng-huang.

When the basket sat before him, the Emperor reached in and sifted the earth through his hands. As he did, tiny white crystals clung to his palms.

“This is a treasure,” the Emperor said. “It is a gift from the phoenix. From this day on, we shall add these crystals to all of our dishes.”

He sent his men to dig in the earth where the peasant had first spied the phoenix. And that was how the people of China discovered salt and all its wonders.

The Emperor wept for the peasant he had punished with death. He sent for the man’s wife and son. He placed the peasant’s son in charge of all the lands where the white crystal gleamed in the soil. The young man became rich and comfortable, and he cared well for his family.

And so the peasant, honored through his son, rested in peace, and the feng-huang brought salt to China.