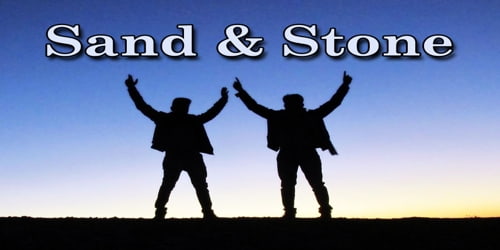 Jovan and James were best friends. They fought for many reasons and but never gave up their friendship. They went in search of a job and visited many places to earn more money. They passed through various places, villages, towns, forests, beaches, and were supporting each other all the way throughout their journey. One day they reached a desert and they had very little food and water. Jovan told James to eat half the quantity of food and then once they get very tired and feel like they cannot take a step they can eat another half and save water for later use.

However, James disagreed. He wanted to drink water as he was very thirsty. They quarreled each other to have water. Jovan slapped James and they walked in silence. They decided to have food and continue their journey.

James wrote in the sand, ‘My best friend slapped me!’ They shared the meager amount of food and water and finally reached an oasis. They were very tired after passing through the dry and hot desert. James was so happy to see the oasis and had a lot of fun in the water. While they both were bathing, James was a bit careless and began to drown. Jovan rushed to him and saved James. James hugged his friend and thanked him. They had a little nap and decided to leave the place. They were about to leave and James carved something on the rock.

It was, ‘My best friend saved my life!’

Jovan asked, ‘Why were you marking all these here James?’

James replied, ‘You slapped me, I wrote in the sand. It was definitely not good. However, if you go and see the sand you can find no letter wrote on the sand. Now I carved the good thing on the stone, and it will remain forever!’