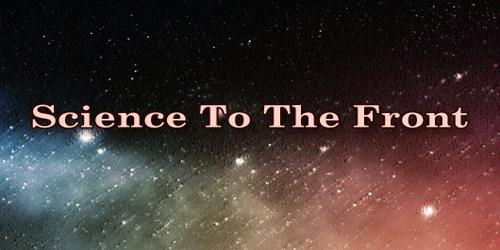 Science To The Front

In connection with this subject of “mysterious disappearance” of which every memory is stored with abundant example it is pertinent to note the belief of Dr. Hem, of Leipsic; not by way of explanation, unless the reader may choose to take it so, but because of its intrinsic interest as a singular speculation. This distinguished scientist has expounded his views in a book entitled “Verschwinden und Seine Theorie,” which has attracted some attention, “particularly,” says one writer, “among the followers of Hegel, and mathematicians who hold to the actual existence of a so-called non-Euclidean space that is to say, of space which has more dimensions than length, breadth, and thickness space in which it would be possible to tie a knot in an endless cord and to turn a rubber ball inside out without ‘a solution of its continuity,’ or in other words, without breaking or cracking it.”

Dr. Hem believes that in the visible world there are void places vacua, and something more holes, as it were, through which animate and inanimate objects may fall into the invisible world and be seen and heard no more. The theory is something like this: Space is pervaded by luminiferous ether, which is a material thing as much a substance as air or water, though almost infinitely more attenuated.

All force, all forms of energy must be propagated in this; every process must take place in it which takes place at all. But let us suppose that cavities exist in this otherwise universal medium, as caverns exist in the earth, or cells in a Swiss cheese. In such a cavity there would be absolutely nothing. It would be such a vacuum as cannot be artificially produced; for if we pump the air from a receiver there remains the luminiferous ether. Through one of these cavities light could not pass, for there would be nothing to bear it. The sound could not come from it; nothing could be felt in it. It would not have a single one of the conditions necessary to the action of any of our senses. In such a void, in short, nothing whatever could occur.

Now, in the words of the writer before quoted the learned doctor himself nowhere puts it so concisely: “A man inclosed in such a closet could neither see nor be seen; neither hear nor be heard; neither feel nor be felt; neither live nor die, for both life and death are processes which can take place only where there is force, and in empty space no force could exist.” Are these the awful conditions (some will ask) under which the friends of the lost are to think of them as existing, and doomed forever to exist?

Baldly and imperfectly as here stated, Dr. Hem’s theory, in so far as it professes to be an adequate explanation of “mysterious disappearances,” is open to many obvious objections; to fewer as he states it himself in the “spacious volubility” of his book.

But even as expounded by its author it does not explain, and in truth is incompatible with some incidents of, the occurrences related in these memoranda: for example, the sound of Charles Ashmore’s voice. It is not my duty to indue facts and theories with affinity.