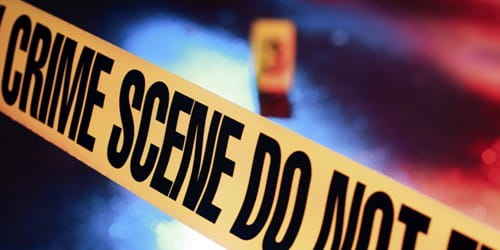 Science in the Detection of Crime – a Story

Science in the Detection of Crime – a Story

Much to his housekeeper’s disgust, the great fictional detective Sherlock Holmes carried out scientific experiments in his Baker Street rooms in the cause of solving crimes. Since his day, science had played an increasingly important part in both the detection and the proof of a crime. Technology, the derivative of science, is used by most countries’ police forces today and is responsible for bringing many criminals to justice. Dr. Crippen escaped by liner to the United States, but an early ship to shore radiotelephone enabled the police to arrest him when the line docked.

Footprint casts and fingerprints are traditional methods of detection. Forensic scientists collect, preserve, and analyze scientific evidence during the course of an investigation. Fingerprinting was invented in Great Britain by Francis Galton and has been of fundamental importance in detection for decades. Some countries fingerprint their whole populations, though others, Britain included, regard this as an infringement of personal freedom, and restrict fingerprinting to those accused of a criminal offense, or to those who are screened for certain security categories. science has greatly enhanced the efficiency of this system. Fingerprints are now held on computer, and much time and cost are saved by the fact that information can be exchanged instantaneously throughout the country. Co-operation with the National Crime Information Center in the US and with Interpol in the continent of Europe greatly enhances this facility.

Records of convicted criminals are now held on microfilm in conjunction with fingerprints, photographs and personal profiles and stores as computer data. These, again, are capable of instant retrieval countrywide and can also be made available overseas. In the UK this data cannot be disclosed to a jury during a criminal trial, but should the verdict be guilty a previous criminal record becomes available in the matter of sentencing.

Very recently, DNA printing has revolutionized the process of bringing the criminal to justice, and in civil actions establishing paternity. The minute’s quantities of blood, skin, hair or nail-parings can positively identify or eliminate the individual concerned. No two individuals have identical sets of genes. This scientific advance is particularly important in the examination of cars and rooms where crimes have been committed.

Interrogation has always been an important part of a criminal investigation. in uncivilized counties, drugs, psychological pressure, and often physical torture has been, and still are used. these methods are banned in civilized countries. However, even in the latter, the police occasionally enforce signatures to false statements or to statements which are subsequently mutilated. Taped interviews today now go some way to overcome this abuse, though even tapes can be falsified.

A good deal of crime detection and prevention has been privatized in recent years. some countries allow firearms to security guards, others, such as the UK, do not. Various pieces of technology are in common use. Closed-circuit TV cameras allow centralized observation of customers in large stores. Flood-lighting around buildings can be triggered electronically when anybody approaches in the dark. Foot patrols are issued with light intensifiers, a military development, enabling them to see without being seen. ‘Electric eye’ burglar alarms have been in use both in public buildings and in private homes for many years.

Observation by police ‘on the beat’ who know their own areas intimately has always been a recognized and valuable means of crime detection and prevention, bolstering the citizen’s sense of security. Unfortunately, this is being replaced by police car patrols. And although the latter is in radio communication with officers on foot and with police headquarters, the general public sees this development as retrograde.

Despite all the above, crime is on the increase in many countries. Its detection is no doubt becoming more efficient, due to scientific advances. this is related to an entirely different factor; the decline in religious faith and observance, which instills moral standards into children.