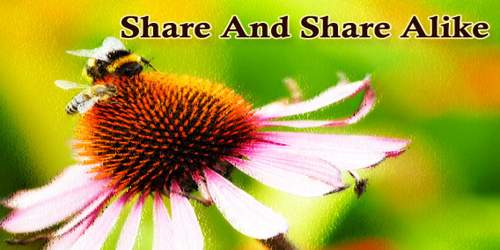 “The quick must haste to vengeance taste,

For the time is on his head;

But he can wait at the door of fate,

Though the stay be long and the hour be late

Melville Hardlock stood in the center of the room with his feet wide apart and his hands in his trousers pockets, a characteristic attitude of his. He gave a quick glance at the door and saw with relief that the key was in the lock and that the bolt prevented anybody coming in unexpectedly. Then he gazed once more at the body of his friend, which lay in such a helpless-looking attitude upon the floor. He looked at the body with a feeling of mild curiosity and wondered what there was about the lines of the figure on the floor that so certainly betokened death rather than sleep, even though the face was turned away from him. He thought, perhaps, it might be the hand with its back to the floor and its palm towards the ceiling; there was a certain look of hopelessness about that. He resolved to investigate the subject sometime when he had leisure. Then his thoughts turned towards the subject of murder. It was so easy to kill, he felt no pride in having been able to accomplish that much. But it was not everybody who could escape the consequences of his crime. It required an acute brain to plan after events so that shrewd detectives would be baffled. There was a complacent conceit about Melville Hardlock, which was as much a part of him as his intense selfishness, and this conceit led him to believe that the future path he had outlined for himself would not be followed by justice.

With a sigh Melville suddenly seemed to realize that while there was no necessity for undue haste, yet it was not wise to be too leisurely in some things, so he took his hands from his pockets and drew to the middle of the floor a large Saratoga trunk. He threw the heavy lid open, and in doing so showed that the trunk was empty. Picking up the body of his friend, which he was surprised to note was so heavy and troublesome to handle, he with some difficulty doubled it up so that it slipped into the trunk. He piled on top of it some old coats, vests, newspapers, and other miscellaneous articles until the space above the body was filled. Then he pressed down the lid and locked it, fastening the catches at each end. Two stout straps were now placed around the trunk and firmly buckled after he had drawn them as tight as possible.

Finally, he damped the gum side of a paper label, and when he had pasted it on the end of the trunk, it showed the words in red letters, “S.S. Platonic, cabin, wanted.” This done, Melville threw open the window to allow the fumes of chloroform to dissipate themselves in the outside air. He placed a closed, packed and labeled portmanteau beside the trunk, and a valise beside that again, which, with a couple of handbags, made up his luggage. Then he unlocked the door, threw back the bolt, and, having turned the key again from the outside, strode down the thickly-carpeted stairs of the hotel into the large pillared and marble-floored vestibule where the clerk’s office was. Strolling up to the counter behind which stood the clerk of the hotel, he shoved his key across to that functionary, who placed it in the pigeon-hole marked by the number of his room.

“Did my friend leave for the West last night, do you know?”

“Yes,” answered the clerk, “he paid his bill and left. Haven’t you seen him since?”

“Well, he’ll be disappointed about that, because he told me he expected to see you before he left, and would call up at your room later. I suppose he didn’t have time. By the way, he said you were going back to England to-morrow. Is that so?”

“Yes, I sail on the Platonic. I suppose I can have my luggage sent to the steamer from here without further trouble?”

“Oh, certainly,” answered the clerk; “how many pieces are there? It will be fifty cents each.”

“Very well; just put that down in my bill with the rest of the expenses, and let me have it to-night. I will settle when I come in. Five pieces of luggage altogether.”

“Yes, the boat does not leave till nine o’clock.”

“Very well; better call you about seven, Mr. Hardlock. Will you have a carriage?”

“No, I shall walk down to the boat. You will be sure, of course, to have my things there in time.”

“Oh, no fear of that. They will be on the steamer by half-past eight.”

As Mr. Hardlock walked down to the boat next morning he thought he had done rather a clever thing in sending his trunk in an ordinary way to the steamer. “Most people,” he said to himself, “would have made the mistake of being too careful about it. It goes along in the ordinary course of business. If anything should go wrong it will seem incredible that a sane man would send such a package in an ordinary express waggon to be dumped about, as they do dump luggage about in New York.”

He stood by the gangway on the steamer watching the trunks, valises, and portmanteaus come on board.

“It is very large, sir,” said the man; “it will fill up a state-room by itself.”

“I have the captain’s room,” was the answer.

So the man flung the trunk down on the deck with a crash that made even the cool Mr. Hardlock shudder.

“Did you say you had the captain’s room, sir?” asked the steward standing near.

“Then I am your bedroom steward,” was the answer; “I will see that the trunk is put in all right.”

The first day out was rainy but not rough; the second day was fair and the sea smooth. The second-night Hardlock remained in the smoking-room until the last man had left. Then, when the lights were extinguished, he went out on the upper deck, where his room was, and walked up and down smoking his cigar. There was another man also walking the deck, and the red glow of his cigar, dim and bright alternately, shone in the darkness like a glow-worm.

Hardlock wished that he would turn in, whoever he was. Finally, the man flung his cigar overboard and went down the stairway. Hartlock had now the dark deck to himself. He pushed open the door of his room and turned out the electric light. It was only a few steps from his door to the rail of the vessel high above the water. Dimly on the bridge, he saw the shadowy figure of an officer walking back and forth. Hardlock looked over the side at the phosphorescent glitter of the water which made the black ocean seem blacker still. The sharp ring of the bell betokening midnight made Melville start as if a hand had touched him, and the quick beating of his heart took some moments to subside. “I’ve been smoking too much to-day,” he said to himself. Then looking quickly up and down the deck, he walked on tiptoe to his room, took the trunk by its stout leather handle and pulled it over the ledge in the doorway. There were small wheels at the bottom of the trunk, but although they made the pulling of it easy, they seemed to creak with appalling loudness. He realized the fearful weight of the trunk as he lifted the end of it up on the rail. He balanced it there for a moment and glanced sharply around him, but there was nothing to alarm him. In spite of his natural coolness, he felt a strange, haunting dread of some undefinable disaster, a dread which had been completely absent from him at the time he committed the murder. He shoved off the trunk before he had quite intended to do so, and the next instant he nearly bit through his tongue to suppress a groan of agony. There passed half a dozen moments of supreme pain and fear before he realized what had happened. His wrist had caught in the strap handle of the trunk, and his shoulder was dislocated. His right arm was stretched taut and helpless, like a rope holding up the frightful and ever-increasing weight that hung between him and the sea. His breast was pressed against the rail and his left hand gripped the iron stanchion to keep himself from going over. He felt that his feet were slipping, and he set his teeth and gripped the iron with a grasp that was itself like iron. He hoped the trunk would slip from his useless wrist, but it rested against the side of the vessel, and the longer it hung the more it pressed the hard strap handle into his nerveless flesh. He had realized from the first that he dare not cry for help, and his breath came hard through his clenched teeth as the weight grew heavier and heavier.

Then, with his eyes strained by the fearful pressure, and perhaps dazzled by the glittering phosphorescence running so swiftly by the side of the steamer far below, he seemed to see from out the trunk something in the form and semblance of his dead friend quivering like summer heat below him. Sometimes it was the shimmering phosphorescence, then again it was the wraith hovering over the trunk. Hardlock, in spite of his agony, wondered which it really was; but he wondered no longer when it spoke to him.

Then on the still night air came the belated cry for help, but it was after the foot had slipped and the hand had been wrenched from the iron stanchion.