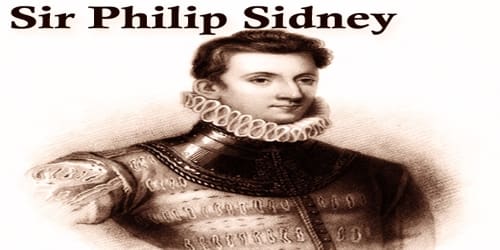 A cruel battle was being fought. The ground was covered with dead and dying men. The air was hot and stifling. The sun shone down without pity on the wounded soldiers lying in the blood and dust.

One of these soldiers was a nobleman, whom everybody loved for his gentleness and kindness. Yet now he was no better off than the poorest man in the field. He had been wounded and would die, and he was suffering much with pain and thirst.

When the battle was over, his friends hurried to his aid. A soldier came running with a cup in his hand.

“Here, Sir Philip,” he said, “I have brought you some clear, cool water from the brook. I will raise your head so that you can drink.”

The cup was placed to Sir Philip’s lips. How thankfully he looked at the man who had brought it! Then his eyes met those of a dying soldier who was lying on the ground close by. The wistful look in the poor man’s face spoke plainer than words.

“Give the water to that man,” said Sir Philip quickly; and then, pushing the cup toward him, he said, “Here, my comrade, take this. They need is greater than mine.”

What a brave, nobleman he was! The name of Sir Philip Sidney will never be forgotten; for it was the name of a Christian gentleman who always had the good of others in his mind. Was it any wonder that everybody wept when it was heard that he was dead?

It is said, that, on the day when he was carried to the grave, every eye in the land was filled with tears. Rich and poor, high and low, all felt that they had lost a friend; all mourned the death of the kindest, gentlest man that they had ever known.