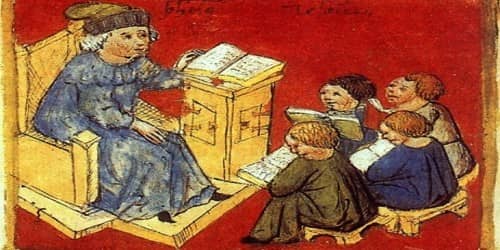 The Stubborn Wife (A Drollery From Finland)

Long ago in Finland, a young man named Jan married a woman named Astrid. He loved her with all his heart and thought her a wonderful woman. But, alas, after a while Astrid began to show her true character, and Jan grew sad.

Astrid was selfish and headstrong. Whenever Jan asked her to do something, she did just the opposite. Jan would sometimes argue, but in the end, Astrid got what she wanted. Jan was a patient man, and he did love his wife, so he tried to adjust, always giving in to his wife’s wishes.

One day when he awoke and opened the window wide, he sniffed the fresh morning air. “Ahh,” he thought, “spring is coming soon, though I mustn’t say that to Astrid, for if I do, she’ll make certain winter stays.” He went on dreaming of spring, and suddenly he thought how lovely it would be to have a fine party to celebrate the coming of spring.

“Oh my,” he thought, “if I tell Astrid I should like a party, she’ll lock the doors. And if I ask her to prepare a feast, she’ll decide that we must fast.”

Jan sighed with regret but suddenly came up with a marvelous idea. “I’ll pretend I wish for quiet in the house, and when I do, Astrid will invite a houseful of guests to visit.”

That afternoon Jan said to Astrid, “I hope we’ll be having no parties this spring. We are far too poor to invite anyone to our home, for we’ve nothing to feed them.”

Astrid’s face grew red. “Poor?” she cried. “We’re not poor! We have plenty — more than enough. I’m going to bake a nice big cake and invite everyone to come to our house to share it.”

“Ah,” Jan sighed, “next thing you’ll be wishing for pudding too. I hope you won’t be so wasteful.”

Astrid grinned. “Pudding! What a fine idea. We shall have a big, delicious pudding, and a roasted pig, and plenty to drink, and everything anyone could ever wish to eat.”

“Oh dear,” Jan sighed, “I suppose you’ll have your way. But, Astrid, please, invite-only a few of our dearest friends.”

“We’ll invite everyone we know,” Astrid cried. “The more the better!”

“You’ll eat and drink with your guests,” Astrid declared. “Now be quiet and let me plan for my spring celebration. You know spring will be coming soon.”

When the day of the party arrived, everyone in the village came. The feasting was magnificent. Everyone sang and ate and danced, and Jan, though he pretended to be sad, had never in all his life been more joyful. He was careful to hide his pleasure, for he did not want his wife to know he had played a trick on her.

Time went on, and Astrid became more and more stubborn and contrary. Jan sighed, and now and then, when he wished most to do something, he pretended he wanted just the opposite.

One day, just as the streams were melting, Jan and Astrid went out for a walk. Soon they came to a wooden bridge that crossed the rising river. Jan stopped in his tracks, for he saw that many of the planks were rotting.

“Careful, Astrid,” he called to his wife, who had set out ahead of him to cross the bridge. “Those planks are a little rotten. Step lightly or you’ll break right through.”

Astrid scowled at her husband. “I’ll step as heavily as I wish,” she said and marched defiantly onto the bridge. “There now,” she said, turning back to gloat at her cowering husband, “everything’s just …”

But Astrid did not finish her sentence, for just then one of the rotting planks cracked and broke, sending Astrid down into the swollen stream.

“Help!” she called, and poor Jan looked down and called, “I’m coming to save you.”

With that, he began to run as fast as he could upstream.

As he ran, he passed by two fishermen. “Where are you racing?” they cried to him.

“Oh, it’s terrible,” Jan called to them. “My wife fell into the river bank by the bridge. I’m running to save her from trouble.”

The fishermen shook their heads. “Goodman, you must be mad,” they said. “You should be running downstream, not upstream, for she will be floating downstream.”

“Oh, no,” Jan said, “you don’t know my wife. She’s so stubborn, she’s certain to go against the current, and so it’s upstream I must run.”