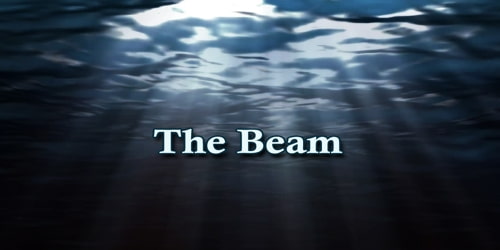 There was once an enchanter who was standing in the midst of a great crowd of people performing his wonders. He had a cock brought in, which lifted a heavy beam and carried it as if it were as light as a feather.

But a girl was present who had just found a bit of four-leaved clover and had thus become so wise that no deception could stand out against her, and she saw that the beam was nothing but a straw. So she cried, “You people, do you not see that it is a straw that the cock is carrying, and no beam?”

Immediately the enchantment vanished, and the people saw what it was, and drove the magician away in shame and disgrace. He, however, full of inward anger, said, “I will soon revenge myself?”

After some time the girl’s wedding-day came, and she was decked out and went on a great procession over the fields to the place where the church was. All at once she came to a stream which was very much swollen, and there was no bridge and no plank to cross it.

Then the bride nimbly took her clothes up and wanted to wade through it. And just as she was thus standing in the water, a man, and it was the enchanter, cried mockingly close beside her, “Aha! Where are thine eyes that thou takest that for water?”

Then her eyes were opened, and she saw that she was standing with her clothes lifted up in the middle of a field that was blue with the flowers of blue flax. Then all the people saw it likewise and chased her away with ridicule and laughter.