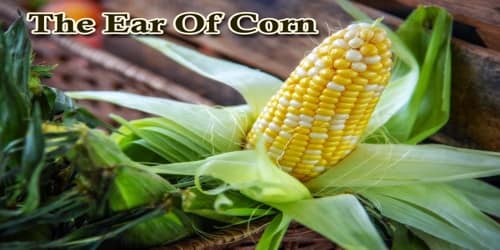 The Ear Of Corn

In former times, when God himself still walked the earth, the fruitfulness of the soil was much greater than it is now; then the ears of corn did not bear fifty or sixty, but four or five hundred-fold. Then the corn grew from the bottom to the very top of the stalk, and according to the length of the stalk was the length of the ear. Men, however, are so made, that when they are too well off they no longer value the blessings which come from God but grow indifferent and careless.

One day a woman was passing by a corn-field when her little child, who was running beside her, fell into a puddle and dirtied her frock. On this, the mother tore up a handful of the beautiful ears of corn and cleaned the frock with them.

When the Lord, who just then came by, saw that, he was angry, and said, “Henceforth shall the stalks of corn bear no more ears; men are no longer worthy of heavenly gifts.” The by-standers who heard this were terrified, and fell on their knees and prayed that he would still leave something on the stalks, even if the people were undeserving of it, for the sake of the innocent birds which would otherwise have to starve. The Lord, who foresaw their suffering, had pity on them and granted the request. So the ears were left as they now grow.