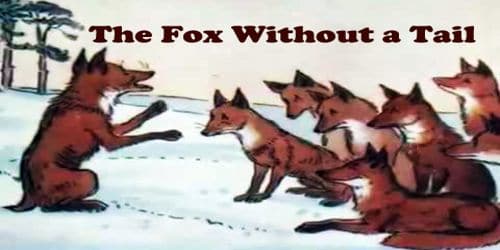 The Fox Without a Tail

There lived a very clever fox in a jungle. One day, while walking the jungle, he fell into a trap. He struggled hard and at last, he was able to come out of the trap. But unfortunately, he could not come out unhurt because he lost his tail in the trap. So without the trail, the fox looked very odd and strange. The fox was very upset and ashamed losing his tail. But the fox was very clever. He made a plan. He invited all the foxes living in the jungle to a meeting. He told them that he had made a great discovery.

Moral of the story: ‘Do not listen to the advice of him who seeks to lower you to his own level.’