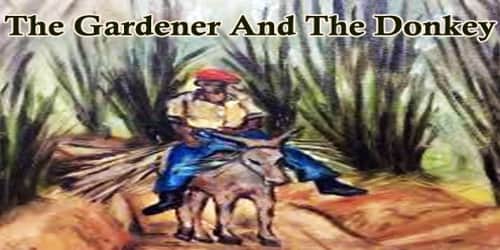 The Gardener And The Donkey

A gardener used to go to the market every week in the neighboring town along with his donkey. He was so cruel that he loaded the donkey with a lot of loads that only his head could be seen.

The road that led home ran through a wood. The gardener saw some branches which he considered would be useful for him. So, he started placing them on the donkey’s back. Then they moved further and he kept a rush of canes on the back of the donkey. The gardener kept on keeping things on the animal’s back. The sun had risen further in the sky and it became much warmer. The gardener took off his jacket and placed it on top of the load. Within no time, the donkey fell on the ground as it could not carry such heavy load. The gardener thought, “I should not have kept so much of load on his back.”

Moral of the story: ‘Hew not too high lest the chip fall in your eye.’