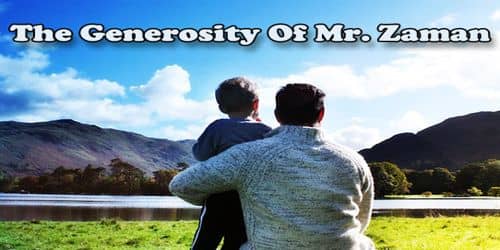 The Generosity Of Mr. Zaman

Milon, a little Bangladeshi boy was going to India with his father for better treatment. At the time of crossing the border, the bus by which they were going was stopped for a while. Milon’s father fell asleep but he got down from the bus to pluck a nice flower from the nearby garden. Before his coming back, the bus started and crossed the border. So Milon’s father went to India through Milon remained in Bangladesh. When he woke up from sleep, he did not see Milon beside his seat. He started to search the whole bus frantically but he could not find Milon. He also asked everybody but nobody could give any information about him. Then he informed the security officer of the check post through mobile phone and requested him to find his son.