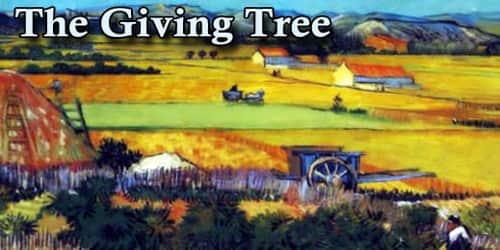 Once upon a time in a village, there was an old man named Jerry. He hadn’t seen his son for a few years and wanted to meet his son who lived in a city. He started his journey and came to a city where his son used to work and stay. He went to the place where he used to get letters long back. When he knocked on the door he was excited and smiled with joy to meet his son. Unfortunately, someone else opened the door. Jerry asked, “I suppose Thomas should be staying in this place.” The person said, “No! He had left the place and shifted to a different location.” Jerry was disappointed and just thinking about how to meet his son.

He started to walk in the street and the neighbors asked Jerry, “Are you looking for Thomas?” Jerry responded by nodding his head. The neighbors gave the present address and office address of Thomas to the Jerry. Jerry thanked them and started towards the path which will lead to his son. Jerry went to the office and asked at the reception counter, “Could you please tell me the location of Thomas, in this office?” The receptionist asked, “May I know how you are related to him?” Jerry responded politely by saying, “I’m his father.” The receptionist said, Jerry to wait for a moment and rang up to Thomas and conveyed the same. Thomas was shocked and told the receptionist to send his father to the cabin immediately.

Jerry entered the cabin and when he saw Thomas; his eyes were filled with tears. Thomas was happy to see his father. They had a simple conversation for a while and then Jerry asked Thomas, “Son! Mom wants to see you. Can you come home with me?”

Thomas responded, “No father. I can’t come. I am very busy working for my success and it’s hard to manage a leave to visit as my hands are full with loads of stressful work.”  Jerry gave a simple smile and said, “Okay! You may do your work. I’ll be going back to our village today evening.”

Thomas asked, “You can stay for a few days with me. Please.” Jerry responded after a moment of silence, “Son. You are busy with your tasks. I don’t want to make you uncomfortable or become a burden for you.” Continued, “I hope if ever had a chance to meet you again, I would be happy.” He left the place.

After a few weeks, Thomas wondered why his father came alone after a long time, he felt bad for treating his father in a weird manner. He felt guilty for it and took a leave in the office for a few days and went to his village to meet his father.  When he went to the place where he was born and grew up, he saw that his parents were not there. He was shocked and asked the neighbors, “What happened here? My parents have to be there. Where are they now?” The neighbors gave the address of the place where his parents are staying.

Thomas rushed to the place and noticed that the place was like a graveyard. Thomas eyes were filled with tears and started to walk slowly towards the place. His father Jerry noticed Thomas in a far distance and waved his hand to draw his attention. Thomas saw his father and started to run and hugged him.

Jerry asked, “How are you?” and continued, “What a surprise to see you here. I didn’t expect that you would be coming to this place.” Thomas felt ashamed and kept his head down. Jerry said, “Why are you feeling bad. Has anything wrong happened?” Thomas responded, “No father” continued, “It’s just I never knew that I would be seeing you in this position in our village.”

Jerry smiled and said, “I had taken a loan when you moved to a city for your college to pay for your education, then again when you wanted a new car, but due to a loss in farming, I couldn’t repay the loan. So I thought of approaching you for help, but you were very busy and stressed with your work. I just didn’t want to burden you with this problem and remained silent and I had to let go of our home to repay the loan.”

Thomas whispered, “You could’ve told me. I’m not an outsider.” Jerry turned around and said, “You were very busy and stressed with your work which made me remain quiet.  All we wanted was your happiness. So I kept quiet.”

Thomas started to cry and hugged his father again. He apologized to his father and asked to forgive him for his mistake. Jerry smiled and said, “No need for that. I’m happy with what I got now. All I want is that you spare some time for us, we love you very much and at this old age it’s hard to travel to see you often.”

Moral of the story: ‘Parents will always be there and give everything they could just to make you happy. We take them for granted; we don’t appreciate all they do for us until it’s too late.  When you find a path of success in your life, carry on but don’t leave your parents behind as they are the true reason of your success.’