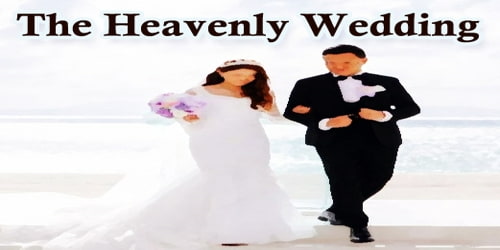 A poor peasant-boy one day heard the priest say in church that whosoever desired to enter into the kingdom of heaven must always go straight onward. So he set out and walked continually straight onwards over hill and valley without ever turning aside. At length, his way led him into a great town, and into the midst of a church, where just at that time God’s service was being performed.

Now when he beheld all the magnificence of this, he thought he had reached heaven, sat down, and rejoiced with his whole heart. When the service was over, and the clerk bade him go out, he replied, “No, I will not go out again, I am glad to be in heaven at last.”

So the clerk went to the priest and told him that there was a child in the church who would not go out again because he believed he was in heaven. The priest said, “If he believes that, we will leave him inside.” So he went to him and asked if he had any inclination to work. “Yes,” the little fellow replied, “I am accustomed to working, but I will not go out of heaven again.” So he stayed in the church, and when he saw how the people came and knelt and prayed to Our Lady with the blessed child Jesus who was carved in wood, he thought “that is the good God,” and said, “Dear God, how thin you are! The people must certainly let you starve, but every day I will give you half my dinner.”

From this time forth, he every day took half his dinner to the image and the image began to enjoy the food. When a few weeks had gone by, people remarked that the image was growing larger and stout and strong, and wondered much. The priest also could not understand it, but stayed in the church, and followed the little boy about, and then he saw how he shared his food with the Virgin Mary, and how she accepted it.

After some time the boy became ill, and for eight days could not leave his bed; but as soon as he could get up again, the first thing he did was to take his food to Our Lady. The priest followed him, and heard him say, “Dear God, do not take it amiss that I have not brought you anything for such a long time, for I have been ill and could not get up.” Then the image answered him and said, “I have seen thy good-will, and that is enough for me.

Next Sunday thou shalt go with me to the wedding.” The boy rejoiced at this and repeated it to the priest, who begged him to go and ask the image if he, too, might be permitted to go. “No,” answered the image, “thou alone.” The priest wished to prepare him first, and give him the holy communion and the child was willing, and next Sunday, when the host came to him, he fell down and died, and was at the eternal wedding.