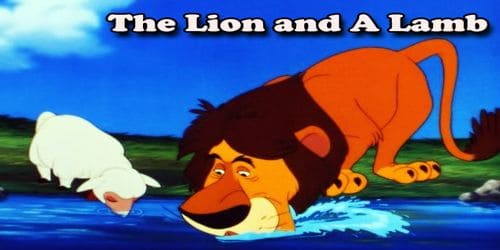 The Lion and A Lamb

A lion was drinking water from a brook. It was a hot summer day. At the same time, a lamb was also taking water from the downstream of the same brook. The lion saw the lamb and wanted to devour him. As a result, he was about how to accomplish his evil design.

At last, he hit upon a plan. The lion accused that the lamb was disturbing him by mudding water. But the lamb tried to refute the accusation that he was taking wafer from downstream. So the question of mudding water on his part did not arise.