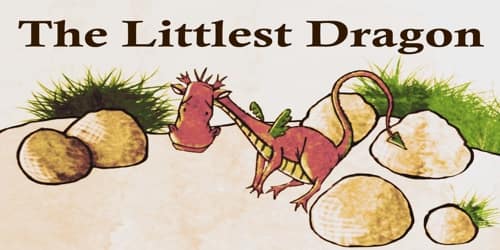 Not so long ago, on the banks of the St. Lawrence River, there lived a fairy. The blackbirds and bees, the herons and hawks, the geese and gulls, the turtles and toads – and, of course, the other fairies – knew her. Most of the people, though, could not see her, though they could smell her magnificent garden.

Those who were aware of her knew her as Gretchen, the most ambitious fairy in the land. “Ambitious, ambitious,” the toads croaked, and the turtles droned her name as they lumbered across lawns to peer at her glorious blooms. The herons swooped overhead to watch Gretchen at work; hawks circled above her.

Everyone admired her, but few spoke with her. They were a little lazy, preferring summer dozing to sweat, enjoying talk more than toil. But Gretchen was always busy, sweeping from the sweet william to the silver fern, from the cosmos to the carnations, from the peonies to the pansies. She fussed over each flower, dusting leaves, patting petals. She filled her skirt with droplets of dew and river water, and these she fed each bloom, at dawn and again at sunset.

Her garden perfumed the air, exciting the bees, delighting the birds. Still, they asked Gretchen, “Why do you work so hard?” The other fairies climbed into the Canterbury bells to nap, morning, noon and evening and wondered at her frantic industry.

“This is the freedom garden,” Gretchen answered. “Free of interference.”

Gretchen took such pride in her garden and guarded it so well, that she permitted no one to touch or look or smell for long. She shooed away the birds to their nests and the bees to their hives. She turned over the Canterbury bells and dropped intruding fairies to the ground.

“That’s not freedom, Gretchen,” the creatures sighed. “If you believed in freedom, you would let us freely roam among your flowers.”

“Shoo,” Gretchen cried, hurrying back to her work.

Gretchen’s special pride, the blooms she guarded most closely, were the brilliantly colored poppies that grew in the center of her wonderland. No one, not the bumblebees, not the butterflies, not the birds, and certainly not the fairies were permitted to land on her poppies. “They’re fragile. They’re perfect. Don’t touch them,” she warned.

Then one summer day, as the sun poured down upon the soil and the flowers stretched their stems to soak in the warmth and light, Gretchen scurried to the river to collect their morning drink. Suddenly a dragon knew only as of the Littlest Dragon accidentally flew into Gretchen’s garden. He was tiny, no bigger than a June bug, and exhausted. When he spotted Gretchen’s poppies, he flew at once to land on one. “Ah,” he sighed deeply, “what a wonderful resting spot.”

The Littlest Dragon had flown south all the way from a northern valley, across the lake after lake, searching for his family. He had lost sight of them when he became trapped in a cloud. He had been born just weeks before, and this was his first flight. “Time to go catch deerflies,” his mother had called, “and time to go play with the bass on the lakes.” So they flew the Littlest Dragon and his brothers and sisters. And then the cloud separated him from his loved ones. He was truly lost.

No one knows exactly where the Littlest Dragon was born. Later he would tell people he came from a town tucked along some river’s edge, from a place time has forgotten, but that day all he wanted was a rest.

So there he sat, alone and tired, sighing on the plushest poppy in Gretchen’s garden.

On her way back to the hydrangea, her skirt full of water, Gretchen spotted the Littlest Dragon. “Intruder!” she cried. She threw up her hands, and the water she’d collected fell to the ground, missing the roots of the thirsty hydrangea. “Look what the tiny dragon made me do,” Gretchen wailed. Ready to tear a scale of that little dragon’s back, she took off faster than a lightning bug. As she landed on a nearby poppy, she placed her hands on her hips and was ready to shout when the Littlest Dragon looked at her with his bright, shining eyes wide open. And he said, “Oh, little fairy, what a beautiful garden you have.”

Gretchen looked more closely. She had never before seen a dragon, after all. She had seen dragonflies, but never a real, live dragon.

“I have come all the way from the north,” the Littlest Dragon said, “and there are many gardens there, but I have never seen one quite so beautiful. You must be a special one, sweet fairy, to have given the world such a spectacular gift.”

He reached out his long neck and kissed Gretchen on the cheek. “Thank you,” he said.

Gretchen’s anger fell away, and then she laughed. She realized she had not laughed for a long time. “What’s your name?” she asked.

“I don’t have a name,” he said, and another tear fell from his eye.

“Oh, yes, you do,” she said, looking at the poor poppy sagging underneath his weight. “You’re Daring D,” she said. “D is for the dragon. And you dared to come into my garden.”

“I love my name,” he said, so pleased to have one at last.

The birds and the bees tell the tale. After that day they were invited to Gretchen’s garden where the fairy and the dragon known as Daring D sang and danced on the banks of the river and where the garden bloomed ever brighter and more beautiful.

With thanks to Mark Lackie, a Montreal, Quebec, writer, whose own original story inspired this one, and to Jillian Gilliland, who first discovered the Littlest Dragon in her own fragrant garden.