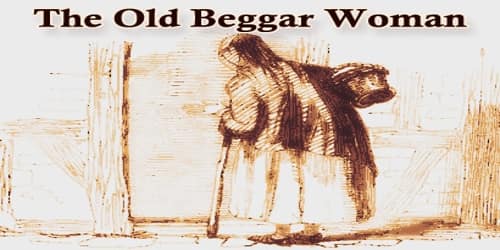 There was once an old woman, but thou hast surely seen an old woman go a-begging before now? This woman begged likewise, and when she got anything she said, “May God rewards you.” The beggar-woman came to a door, and thereby the fire a friendly rogue of a boy was standing to warm himself.

The boy said kindly to the poor old woman as she was standing shivering thus by the door, “Come, old mother, and warm yourself.” She came in but stood too near the fire, so that her old rags began to burn, and she was not aware of it.