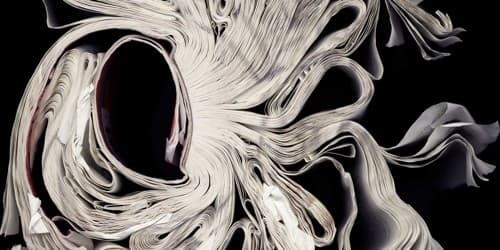 The Old Man and the Etrog

The Old Man and the Etrog (A Jewish Tale)

Once upon a time, a mother lived with her two children in a little house on a hill in a Polish village. The woman’s husband had died some years before. Since that time, she had placed all her love and faith in her children, Talia and Nadav. All was well until one day, just before the harvest festival of Sukkot, the mother fell ill. The children sent for the doctor, who came at once. He offered medicine and good advice. The mother took both, but she only grew sicker.

Talia begged the doctor to return to the house. The doctor came again to the little house on the hill and offered more medicine. The mother took it, but by that night she lay in bed with a raging fever, and the children feared she soon would die. Night after night they sat by her bedside, praying. Still, she grew worse.

On the seventh night of her illness, a great storm began to rage outside. Rain fell in sheets. The wind blew so hard that the little house shook and the windows rattled as the tree branches slapped against the panes. Mother shivered with cold, then broke into another sweat.

“Please let Mother heal,” Talia wept, and Nadav too prayed for his mother’s health. “And let this storm pass,” Talia added, for the night was wild and the storm frightening.

Suddenly the door to the house blew open. The children sat up straight with fear, and to their astonishment through the open door walked an old man. The children were so afraid, they could say nothing. They watched him walk inside, but soon their fear changed to pity.

The man was drenched to the bone. His clothes were ragged and thin and full of holes. His long white beard blew like the leaves on the trees outside their window, and the children nearly wept at the sight of the man’s pale face and his trembling body.

“Hello,” the old man called, “might I take shelter in your home just for tonight? It’s terribly stormy outside.”

The children turned to their mother to seek advice, but she was so ill she had not even noticed the man. “We must help him,” Talia said, and Nadav agreed, for they were generous and kind children. They welcomed him into their home.

“You need dry clothes,” Talia said. She took the man’s coat from his shoulders and beckoned him into the warm sitting room where a fire blazed. Nadav gave him a great woolen blanket while Talia prepared hot tea and soup and bread. All three sat down beside the roaring fire and shared a meal.

As the old man’s trembling ceased, he smiled at the children. “You have been so kind to me,” he said. “You must have fine parents. Please, tell me where they are so that I may thank them.”

Talia’s eyes filled with tears. “Our father died many years ago,” she said sadly, “and our mother is in bed. She is very ill. I’m afraid she may be dying.”

Nadav nodded. “She has been sick for seven days. The doctor can find nothing to cure her, and we do not know what else to do. We can only sit by her side and pray.”

As the old man listened to their tale, he began to nod, and then he smiled.

“Why do you smile?” Talia asked, anger welling inside of her.

“Wait,” he said, and he stood and walked to the place where Talia had hung his wet coat. Bending carefully, he reached deep into one of the pockets and pulled out an etrog, a fruit much like a lemon. “Here,” he said, handing the fruit to the children. “Give your mother this and tell her to smell its sweet scent. This etrog grew in the Holy Land. Its scent will cure even the gravest illness.”

Talia ran at once with the etrog to her mother’s bedside. To her amazement, the moment Mother saw the etrog, she smiled. She held the etrog to her face and inhaled deeply, and almost at once her skin turned from pale white to rosy pink. “Nadav, come quickly,” Talia called, and by the time Nadav had entered the room, Mother was sitting up, a smile upon her face, all traces of her illness gone.

The children rushed from the bedroom to thank the old man for his miraculous gift. “Oh kind gentleman,” they called, but when they came to the sitting room, the man was gone. They ran to find his coat, but it too was gone, and the woolen blanket he had worn lay folded on the empty chair. There was no sign at all of the strangers who had saved their mother.

“Mother,” Talia cried, and she ran to the bedroom to make certain she had not dreamed the whole evening. “Come help us find the man who cured you.”

Mother came to the warm room lighted by the fire and smiled as she listened to the tale her children told. When they were finished, she said gently, “Children, the man you speak of must have been Elijah the Prophet. He comes to help those in distress. This is surely a glorious Sukkot, for we have harvested good fortune, health, and love.”