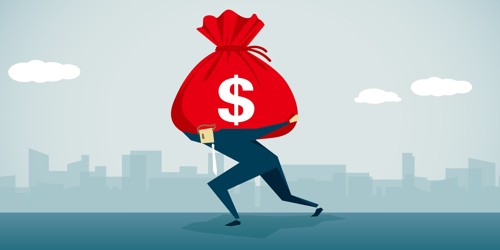 The Problems of being in Debt

The problems of being in debt –

Debt problems pay no respect to income. The more you earn, the greater your debts are likely to be. Neither a borrower nor a lender is, so goes the famous saying from Shakespeare. How true it is. Being in debt is one of the heaviest burdens for anyone to carry. The borrower of money, no matter how small or large the amount, owes the lender. And until the debt is paid, the burden weighs down the borrower, sometimes terribly. Here I’m describing a story of my life.

When my father was young, he bought a house after he got married. He took a loan from the bank to pay for the house, and for the next thirty years, he had to work hard to repay the loan. There was a period when he was out of work, and our family had to dig deep into whatever savings we had to service the loan. Those were difficult days, and I could see my parents age visibly. My mother had to find work in a factory to help make ends meet. Anyhow the days are easier now with my eldest brother and sister working. My father says it will take another five years to repay the loan completely. What a relief that would be when the time comes.

There is an uncle of mine who is perpetually borrowing money from anyone who would lend him. It is not that he does not work, but somehow he misuses the money by spending it on unnecessary things. The terrible thing is that he almost never repays his debt. Our family has to bear the burden and this is really unpleasant.

Once he borrowed money from some moneylenders and missed out on the repayments. The loan sharks came looking for him and threatened his life. We again had to dig up whatever we can to pay these people off so as to prevent any serious thing from happening to him. We hope that he has learned his lesson. If this sort of thing should happen again, I doubt that anyone can help him out. He has practically exhausted what we have saved.

Despite the problems of being in debt, borrowing and lending are still necessary in this world. Banks give loans to borrowers to set up their businesses or to buy houses and cars. The government and other bodies give loans to a student to further their studies. Family members help one another out in times of financial need. So borrowing and lending are part and parcel of living. The important thing is to repay whatever that is borrowed. Only when repayment is done are the problems over. Certainly it is best not to be a borrower or a lender, but then who can be sure that they will not become one?