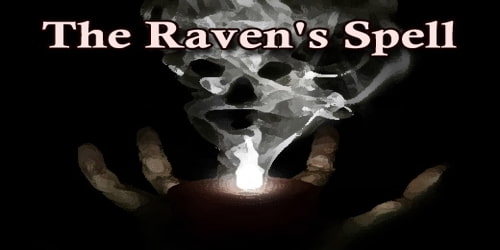 Long ago, in a village known as Halmadry in Scotland, many of the villagers gathered each night to pray together in the home of a gentleman who welcomed all into his home.

One night, a young man waited outside the house, hoping to see his sweetheart, who was attending the prayer meeting inside. The moon began to rise, and he could hear an owl hooting in the distance. He tapped his feet and whistled eager for the meeting to end. The air grew cool, and the young man looked up at the clock tower to check the time. He heard the bells chime seven times, and he smiled. Soon the prayer meeting would come to an end.

Several more minutes passed, and still, the people did not leave the house. The young man grew impatient, and once more he checked the clock tower. A quarter past 7 o’clock, and now the young man noticed the eerie silence. Normally he could hear the sound of the people’s voices raised in prayer, and sometimes he heard a hymn or two, but now the house was completely silent.

Cautiously he walked to a window and nervously peered inside. The light was low, but he could see everything with perfect clarity.

The people were kneeling in a row, and they were swaying. Men, women and children, and there his beloved. She looked so pale he nearly did not recognize her. Everyone’s eyes were opened wide and no one blinked. They all stared at a column that stood beside a large fireplace at one end of the room.

On top of the column perched a raven, black as a moonless night. The young man shivered, for even though the closed windows and the house of stone, he could feel the raven’s power.

Summoning his courage, he swallowed hard and tapped upon the window. But no one turned or moved or even blinked.

No one, that is, but the bird. The raven turned his head toward the window, and the young man saw his eyes, gleaming white.

He screamed in terror. Two farmers walking past ran to see what was wrong.

“Look inside,” the young man stammered. “A raven has bewitched the prayer circle.”

“Fool,” grumbled one of the farmers, and he walked toward the house. “What foolish talk that is.”

“Utter nonsense,” grumbled the second man, and he too strode toward the house.

When they reached the door, one of the farmers opened it and marched right inside, calling over his shoulder, “Autumn nights do strange things to a fellow’s imagination.”

As the farmer entered the house, the others dashed to the window to watch.

Inside, the farmer walked straight toward the column, directly to the raven.

The bird turned its head to look at him, and when it did, the farmer’s face turned as pale as ash. He clenched his fists, opened his mouth to speak, but nothing came out of his mouth. Then he sank to his knees and bowed to the bird.

After that, no one had the courage to enter the cottage. Other villagers gathered in the yard and kept vigil through that night. They whispered, peered into the windows, called out the names of their friends inside, and banged on the door. But inside nothing changed. The bird remained perched on the column. The people remained on their knees.

The vigil continued for two days while the villagers prayed and talked and worried over how to break the spell. They were afraid, but they were also determined to find a way to save their friends and neighbors. “We must set them free from the raven’s power,” insisted the young man whose sweetheart sat inside. The others comforted him. “We’ll free them,” they promised the lad.

On the third morning, the people gathered, carrying ladders that they placed against the sides of the house. Climbing to the roof, they began to strip away the reeds of the thatch, and soon sunlight poured inside. When the light struck the raven, the people heard a hideous shriek. Black wings beat against the face of one of the men on the roof, and he would have fallen to the ground if the others hadn’t reached for him.

No one saw the raven fly away. The man who had felt the beating wings remembered nothing but a shudder passing through him as the raven flew past.

The people in the house, free at last, slowly walked from outside, and all the others gathered around, calling out their questions. “Who was the raven?” “What happened?” “What did you feel?” “What were you thinking?”

But when they saw their friends’ faces, they stopped asking questions, because they knew the raven brought tidings of death to those who prayed thoughtlessly.

As of last the man who owned the house stood before the villagers, raised his arms in the air and said, “I will tell you what happened. An old god commanded that we sacrifice my child to him.” He embraced his small daughter. “He would have broken us in time,” the man said, and he began to weep, hugging his daughter with all his strength.

No one ever knew who the raven spirit was or how he came to Halmadry to try to ruin those good people. And no one ever spoke of the event again, for they wished never to feel again the helplessness and hopelessness they had felt on that autumn night.

They spoke of other evil creatures of the night owl with its hooting that predicted death, and of the cuckoo that flew in the wintertime to the land of the dead. They reminded others that a cuckoo calling from the north meant bad fortune and one calling from the east meant luck in love, but they never spoke of the raven who had nearly destroyed them.