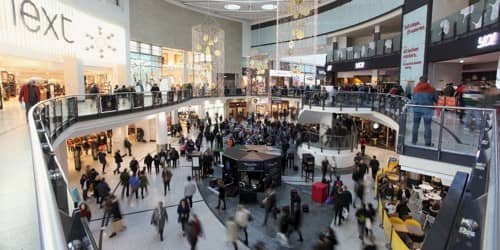 The scene at a Shopping Complex

The scene at a shopping complex –

It was a sweltering Sunday afternoon, just the perfect weather to seek refuge in the air-conditioned neighborhood shopping mall just a stone’s throw away from my home. A shopping mall is a place where everything is available in one shop. It gives us comfort in shopping. A visit to a shopping mall is always exciting for someone who has resided in big cities. There is one shopping complex in my town that is frequented by many people. I would say that it is the most popular one in town.

We met at the entrance to the shopping center at about 03.30 a.m. The scene that greeted me was that the place was bustling with activities. The complex had opened in the morning and already it was teeming with people. Most of them were youngsters like us. We were out in town to have some fun and enjoy the weekend. Many parents were tagging their small children along with them and pushing strollers with young babies fallen asleep peacefully inside.

On the ground floor was a huge stage that was being prepared for some charity show later on in the evening. I then proceeded to the second floor via the escalator after scanning the crowd briefly. Over on the second floor, it was relatively less crowded as it was the typical lunch hour, so the customers were enjoying their lunch in the restaurants. Workers were busy decorating the backdrop and setting up the props for the occasion. The second section had cloth shops for children, ladies, and gentlemen. The third section had shops of electronic items like a refrigerator, air conditioners and washing machines. We moved away from the stage and rode the escalators up to the top floor where the Cineplex was.

A long queue had already formed in front of the box office. Cathy volunteered to get the tickets. Shelly and I agreed and we gave her our money. So while Cathy joined the queue, Shelly and I went over to the food stalls and bought some popcorn and drinks. The crowd on the top floor swelled and the queue grew longer. we were glad that we were early.

Cathy still had some people in front of her, so we decided to visit the shops nearby. We wandered into a bookshop. The shop was having a sale and many items were offered at 20 to 70% discount. I looked at some novels but decided I could not afford any of them despite the discount. The movie was going to start soon and there would not be enough time to pay for the stationery.

We gave the tickets to the usher at the entrance. With popcorn and drinks in our hands, we walked into the Cineplex to watch the movie.  I had a fun time observing the customers in the shopping mall and would definitely return again to visit because of the good service of the sales staff at the department store and what the mall has to offer.