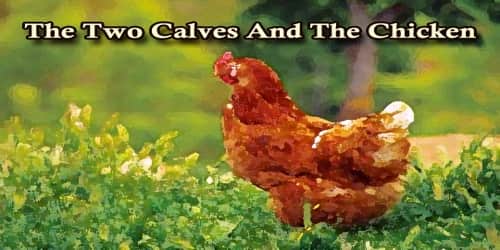 The Two Calves And The Chicken

The elder calf said, “Never envy anyone as you don’t know what price it had to pay for all the comforts. Soon, the daughter of the house is going to get married and the chicken will be killed for meat. Hence, it is giving the best food to eat.” The younger calf understood what the elder calf said. From that day, the younger calf was happy with its living.

Moral of the story: ‘We should be happy with the giving of God rather than complaining because of the comforts others have.’