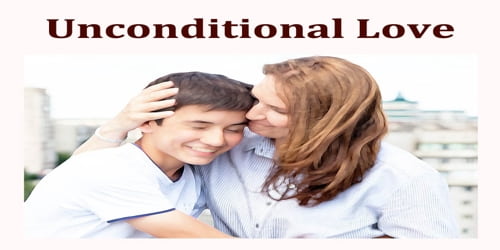 Ridoy was a 12-year-old boy. Just like any other boy of his age, he had the usual tantrums with his mother. Sometimes he obeyed what she said and what his father said, and sometimes he would completely ignore them. Since this was very common in kids, Ridoy’s mom did not worry a lot. It was an unexpected holiday announced by the school of Ridoy and he had 5 holidays. He spent a good time with his mother. She took him for outings, they went to the beach and amusement parks, had delicious dining, she cooked his favorite foods and played with him. Three days were left and Ridoy’s mother wanted to clean the house and she wanted to involve. Ridoy in cleaning. She asked him to help her and as a surprise, he also accepted. Everything was done to perfection. Ridoy’s mummy was surprised by his behavior. While she was cooking the dinner meal, Ridoy gave her a piece of paper, written by him. Since his mom was busy cooking, she asked him to place the paper on the dining table.

After cooking the meals, she took the paper left by his son and was shocked to see what he wrote! The piece of paper contained this list: For cutting grass in the garden – Tk. 300/-

She was literally shocked! She didn’t speak a word and wrote in a paper and gave it to her son. She wrote: For carrying you nine months – No Charge

For soothing you without getting annoyed whenever you troubled – No Charge

The boy was in tears and rushed to his mom and gave a tight hug that he had never done before. Ridoy, unable to look at her, told, “Mom I love you so much! I’m sorry for everything!” She kissed on his forehead. Ridoy crushed the paper he wrote and threw into the dustbin.