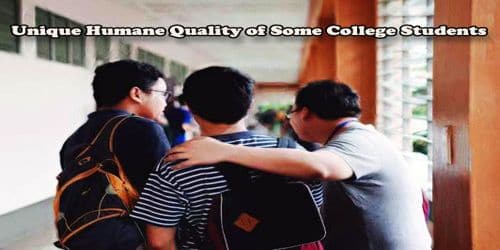 It was a bright sunny morning. I was going to college with some of my friends. We were in a hilarious mood as we were talking about our plan to go on a picnic. Suddenly we saw a crowd nearby. Approaching there we found a girl lying on the road wounded seriously. Nobody came forward to help her. We found that she was bleeding. Then we hired a rickshaw and took her to the hospital. There were good doctors and well-trained nurses. They informed us that she needed blood and her blood group was AB+.

My blood group was also AB+. I donated her blood. The doctors nursed her very sincerely. After two and a half hours, she got back her sense. She then told us to inform her family members of her accident. Then they came and thanked us. We were in tension and totally forgot to inform our college of the incident. However, later our Principal came to know about the incident and became proud of us.