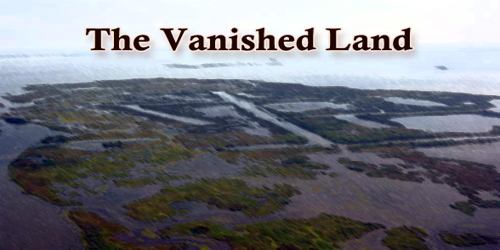 Once upon a time in Wales, King Gwyddno Garanhir, known as Gwyddno Long-Shanks, ruled over a beautiful land in a place known as Cantre’r Gwaelod, or the Bottom Hundred. The land was called this name because it lay so low, well beneath sea level.

To keep the land from being flooded, the king ordered his people to build stone walls, and so the land was surrounded with great walls and dykes.

Prince Seithenen was responsible for protecting the walls, and so he built a huge tower. In this tower, at all times, watchmen stood on guard, keeping their gaze fixed on the sea, watching for storms. Every day at high tide, and whenever the watchmen spotted a storm out at sea, guards were sent to survey the entire wall, searching for any holes that might appear. Whenever a hole did appear, the watchmen had only to ring the bell in their tower, and the villagers came running to repair the walls.

Everyone in Cantre’r Gwaelod helped to look after the wall, for everyone loved this land.

Prince Seithenen was vigilant of his walls. After all, he was responsible for the safety of the entire land, and he replaced the guards on duty every several hours. He knew well that watching the sea for hours was a difficult and tiring task, and he had to make certain the watchmen were wide awake and alert at all times. A storm could arise suddenly.

The years passed. The king spoke proudly of his wall and his tower and his people, and one day King Gwyddno Long-Shanks decided to honor his people’s hard work and devotion. He invited all who lived within the wall to a party. Together they would celebrate their great wall and the marvel of their land beneath the sea.

Prince Seithenen longed to attend the party, for he loved Maiden Mererid, who would be there. So the prince assigned two of his finest guards to stay in the tower, promising them that he would send replacements so that they too could come to celebrate.

The night of the party, these two men took up their positions in the tower while everyone else went to the palace. There, musicians played and people danced and sang and drank and feasted. The night wore on, and Prince Seithenen, heartily enjoying himself, forgot all about the men in the towers. Everyone did.

The two guards began to worry. Night had fallen, and they were growing tired, and when they looked out to sea, they saw waves growing in size. They feared a fierce storm was brewing.

Sure enough, as the night grew later, the two men saw that the storm would surely hit their wall before too long. Then one of the men spotted a hole.

“Quick, ring the bell,” he shouted at the other guard, who pulled the belltower rope. The bell rang and rang.

The guards waited for helpers, but after a while, they realized no one was coming. The night was silent but for the sound of the raging storm moving closer. “Ring again,” the first guard said, and once again he pulled upon the rope, and once again the bell pealed, a dozen or more times.

Still, no one came.

When Gwyn, for that was the first guard’s name, saw the storm raging closer, he decided he must ride to the palace. Gwyn jumped upon his horse and galloped to the palace as fast as he could.

When he arrived, he was horrified to discover that everyone was fast asleep. Quickly he went from room to room, trying with all his might to rouse people. They lay upon the floors, on the stairwells, on chairs and beds. They snored and shifted in their sleep, but alas, no matter how he shook them and shouted, they would not wake.

When Gwyn noticed that the king’s daughter was nowhere in sight, he raced up to the princess’s room. “A storm is approaching,” he cried to her, and she ran down the stairs after him, calling out to everyone, “Wake up! Wake up! Our land is going to flood!”

Together they leaped upon Gwyn’s horse and rode as fast as they could across the border, to higher ground where they would be safe. There they stood in the cold light of dawn and watched as the storm smashed the sea wall that had for so long protected the shores of Cantre’r Gwaelod.

The king did manage to survive, though many were not so lucky. He moved his court to dry land at the main port at Borth, and he continued his long reign, but never again would anyone see the land he had once ruled.

Still, people say, on quiet days, when the bay is calm and the wind is still, they can hear the bells of the watchtower in Cantre’r Gwaelod ringing mournfully in the distance.