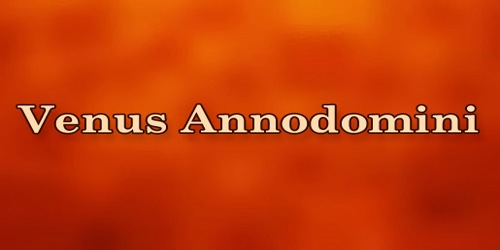 But our great Diana was always new

Fresh, and blooming, and blonde, and fair,

With azure eyes and with aureate hair;

And all the folk, as they came or went,

She had nothing to do with Number Eighteen in the Braccio Nuovo of the Vatican, between Visconti’s Ceres and the God of the Nile. She was purely an Indian deity an Anglo-Indian deity, that is to say and we called her the Venus Annodomini, to distinguish her from other Annodominis of the same everlasting order. There was a legend among the Hills that she had once been young; but no living man was prepared to come forward and say boldly that the legend was true. Men rode up to Simla, and stayed, and went away and made their name and did their life’s work, and returned again to find the Venus Annodomini exactly as they had left her. She was as immutable as the Hills. But not quite so green. All that a girl of eighteen could do in the way of riding, walking, dancing, picnicking and over-exertion generally, the Venus Annodomini did, and showed no sign of fatigue or trace of weariness. Besides perpetual youth, she had discovered, men said, the secret of perpetual health; and her fame spread about the land. From a mere woman, she grew to be an Institution, insomuch that no young man could be said to be properly formed, who had not, at some time or another, worshipped at the shrine of the Venus Annodomini. There was no one like her, though there were many imitations. Six years in her eyes were no more than six months to ordinary women; and ten made less visible impression on her than does a week’s fever on an ordinary woman. Every one adored her, and in return she was pleasant and courteous to nearly every one. Youth had been a habit of hers for so long, that she could not part with it never realized, in fact, the necessity of parting with it and took for her more chosen associates young people.

“Very Young” Gayerson was miserable, and took no trouble to conceal his wretchedness. He was in the Army a Line regiment I think, but am not certain and, since his face was a looking-glass and his forehead an open book, by reason of his innocence, his brothers in arms made his life a burden to him and embittered his naturally sweet disposition. No one except “Very Young” Gayerson, and he never told his views, knew how old “Very Young” Gayerson believed the Venus Annodomini to be. Perhaps he thought her five and twenty, or perhaps she told him that she was this age. “Very Young” Gayerson would have forded the Gugger in flood to carry her lightest word, and had implicit faith in her. Everyone liked him, and everyone was sorry when they saw him so bound a slave of the Venus Annodomini. Every one, too, admitted that it was not her fault; for the Venus Annodomini differed from Mrs. Hauksbee and Mrs. Reiver in this particular she never moved a finger to attract any one; but, like Ninon de l’Enclos, all men were attracted to her. One could admire and respect Mrs. Hauksbee, despise and avoid Mrs. Reiver, but one was forced to adore the Venus Annodomini.

“Very Young” Gayerson’s papa held a Division or a Collectorate or something administrative in a particularly unpleasant part of Bengal full of Babus who edited newspapers proving that “Young” Gayerson was a “Nero” and a “Scylla” and a “Charybdis”; and, in addition to the Babus, there was a good deal of dysentery and cholera abroad for nine months of the year. “Young” Gayerson he was about five and forty rather liked Babus, they amused him, but he objects to dysentery, and when he could get away, went to Darjilling for the most part. This particular season he fancied that he would come up to Simla, and see his boy. The boy was not altogether pleased. He told the Venus Annodomini that his father was coming up, and she flushed a little and said that she should be delighted to make his acquaintance. Then she looked long and thoughtfully at “Very Young” Gayerson; because she was very, very sorry for him, and he was a very, very big idiot.

“My daughter is coming out in a fortnight, Mr. Gayerson,” she said.

“Daughter,” said the Venus Annodomini. “She’s been out for a year at Home already, and I want her to see a little of India. She is nineteen and a very sensible, nice girl I believe.”

“Very Young” Gayerson, who was a short twenty-two years old, nearly fell out of his chair with astonishment; for he had persisted in believing, against all belief, in the youth of the Venus Annodomini. She, with her back to the curtained window, watched the effect of her sentences and smiled.

Presently, he heard the Venus Annodomini saying: “Do you know that your son is one of my most devoted admirers?”

“I don’t wonder,” said “Young” Gayerson. Here he raised his voice: “He follows his father’s footsteps. Didn’t I worship the ground you trod on, ever so long ago, Kitty and you haven’t changed since then. How strange it all seems!”

“Very Young” Gayerson said nothing. His conversation with the daughter of the Venus Annodomini was, through the rest of the call, fragmentary and disjointed.

“At five, to-morrow then,” said the Venus Annodomini. “And mind you are punctual.”

“At five punctual,” said “Young” Gayerson. “You can lend your old father a horse I dare say, youngster, can’t you? I’m going for a ride tomorrow afternoon.”

“Certainly,” said “Very Young” Gayerson. “I am going down to-morrow morning. My ponies are at your service, Sir.”

The Venus Annodomini looked at him across the half-light of the room, and her big gray eyes filled with moisture. She rose and shook hands with him.