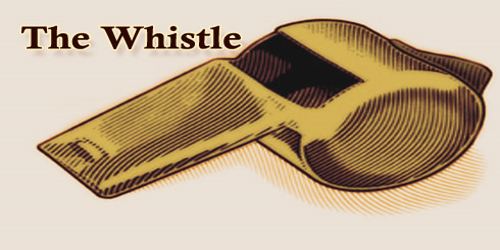 I received my dear friend’s two letters, one for Wednesday and one for Saturday. This is again Wednesday. I do not deserve one for today, because I have not answered the former. But, indolent as I am, and averse to writing, the fear of having no more of your pleasing epistles, if I do not contribute to the correspondence, obliges me to take up my pen; and as Mr. B. has kindly sent me word that he sets out to-morrow to see you, instead of spending this Wednesday evening, as I have done its namesakes, in your delightful company, I sit down to spend it in thinking of you, in writing to you, and in reading over and over again your letters.

I am charmed with your description of Paradise and with your plan of living there; and I approve much of your conclusion, that, in the meantime, we should draw all the good we can from this world. In my opinion, we might all draw more good from it than we do, and suffer less evil if we would take care not to give too much for whistles. For to me it seems that most of the unhappy people we meet with are become so by neglect of that caution. You ask what I mean? You love stories and will excuse my telling one of myself.

When I was a child of seven years old, my friends, on a holiday, filled my pocket with coppers. I went directly to a shop where they sold toys for children; and being charmed with the sound of a whistle, that I met by the way in the hands of another boy, I voluntarily offered and gave all my money for one. I then came home and went whistling all over the house, much pleased with my whistle, but disturbing all the family.

My brothers, and sisters, and cousins, understanding the bargain I had made, told me I had given four times as much for it as it was worth; put me in mind what good things I might have bought with the rest of the money; and laughed at me so much for my folly, that I cried with vexation; and the reflection gave me more chagrin than the whistle gave me pleasure.

This, however, was afterward of use to me, the impression continuing on my mind; so that often, when I was tempted to buy some unnecessary thing, I said to myself, Don’t give too much for the whistle; and I saved my money.

As I grew up, came into the world, and observed the actions of men, I thought I met with many, very many, who gave too much for the whistle. When I saw one too ambitious of court favor, sacrificing his time in attendance on levees, his repose, his liberty, his virtue, and perhaps his friends, to attain it, I have said to myself, this man gives too much for his whistle.

When I saw another fond of popularity, constantly employing himself in political bustles, neglecting his own affairs, and ruining them by that neglect, He pays, indeed, said I, too much for his whistle.

If I knew a miser, who gave up every kind of comfortable living, all the pleasure of doing good to others, all the esteem of his fellow-citizens, and the joys of benevolent friendship, for the sake of accumulating wealth, Poor man, said I, you pay too much for your whistle. When I met with a man of pleasure, sacrificing every laudable improvement of the mind, or of his fortune, to mere corporeal sensations, and ruining his health in their pursuit, mistaken man, said I, you are providing pain for yourself, instead of pleasure; you give too much for your whistle.

If I see one fond of appearance, or fine clothes, fine houses, fine furniture, fine equipages, all above his fortune, for which he contracts debts, and ends his career in a prison, Alas! Say I, he has paid dear, very dear, for his whistle.

When I see a beautiful sweet-tempered girl married to an ill-natured brute of a husband, What a pity, say I, that she should pay so much for a whistle! In short, I conceive that a great part of the miseries of mankind are brought upon them by the false estimates they have made of the value of things, and by their giving too much for their whistles.

Yet I ought to have charity for these unhappy people, when I consider that, with all this wisdom of which I am boasting, there are certain things in the world so tempting, for example, the apples of King John, which happily are not to be bought; for if they were put to sale by auction, I might very easily be led to ruin myself in the purchase, and find that I had once more given too much for the whistle. Adieu, my dear friend, and believe me ever yours very sincerely and with unalterable affection.