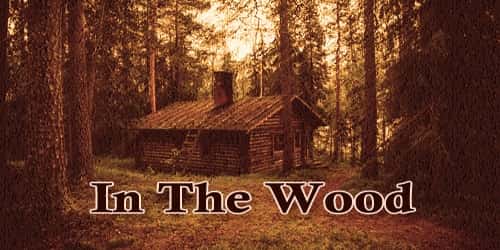 As the mayor was about to sit down to breakfast, the word was brought to him that the rural policeman, with two prisoners, was awaiting him at the Hotel de Ville. He went there at once and found old Hochedur standing guard before a middle-class couple whom he was regarding with a severe expression on his face.

The man, a fat old fellow with a red nose and white hair, seemed utterly dejected; while the woman, a little roundabout individual with shining cheeks, looked at the official who had arrested them, with defiant eyes.

The rural policeman made his deposition: He had gone out that morning at his usual time, in order to patrol his beat from the forest of Champioux as far as the boundaries of Argenteuil. He had not noticed anything unusual in the country except that it was a fine day, and that the wheat was doing well, when the son of old Bredel, who was going over his vines, called out to him: “Here, Daddy Hochedur, go and have a look at the outskirts of the wood. In the first thicket, you will find a pair of pigeons who must be a hundred and thirty years old between them!”

He went in the direction indicated, entered the thicket, and there he heard words which made him suspect a flagrant breach of morality. Advancing, therefore, on his hands and knees as if to surprise a poacher, he had arrested the couple whom he found there.

The mayor looked at the culprits in astonishment, for the man was certainly sixty, and the woman fifty-five at least, and he began to question them, beginning with the man, who replied in such a weak voice that he could scarcely be heard.

“What is your name?”

“Haberdasher, in the Rue des Martyrs, in Paris.”

“What were you doing in the wood?”

The haberdasher remained silent, with his eyes on his fat paunch, and his hands hanging at his sides, and the mayor continued:

“Do you deny what the officer of the municipal authorities states?”

“So you confess it?”

“What have you to say in your defense?”

“Where did you meet the partner in your misdemeanor?”

“She is my wife, monsieur.”

“Then then you do not live in together-in Paris?”

“I beg your pardon, monsieur, but we are living together!”

“But in that case you must be mad, altogether mad, my dear sir, to get caught playing lovers in the country at ten o’clock in the morning.”

The haberdasher seemed ready to cry with shame, and he muttered: “It was she who enticed me! I told her it was very stupid, but when a woman once gets a thing into her head you know–you cannot get it out.”

The mayor, who liked a joke, smiled and replied: “In your case, the contrary ought to have happened. You would not be here if she had had the idea only in her head.”

Then Monsieur Beauain was seized with rage and turning to his wife, he said: “Do you see to what you have brought us with your poetry? And now we shall have to go before the courts at our age, for a breach of morals! And we shall have to shut up the shop, sell our goodwill, and go to some other neighborhood! That’s what it has come to.”

Madame Beaurain got up, and without looking at her husband, she explained herself without embarrassment, without useless modesty, and almost without hesitation.

“Of course, monsieur, I know that we have made ourselves ridiculous. Will you allow me to plead my cause like an advocate, or rather like a poor woman? And I hope that you will be kind enough to send us home, and to spare us the disgrace of a prosecution.”

“Years ago, when I was young, I made Monsieur Beaurain’s acquaintance one Sunday in this neighborhood. He was employed in a draper’s shop, and I was a saleswoman in a ready-made clothing establishment. I remember it as if it were yesterday. I used to come and spend Sundays here occasionally with a friend of mine, Rose Leveque, with whom I lived in the Rue Pigalle, and Rose had a sweetheart, while I had none. He used to bring us here, and one Saturday he told me laughing that he should bring a friend with him the next day. I quite understood what he meant, but I replied that it would be no good; for I was virtuous, monsieur.”

“The next day we met Monsieur Beaurain at the railway station, and in those days he was good-looking, but I had made up my mind not to encourage him, and I did not. Well, we arrived at Bezons. It was a lovely day, the sort of day that touches your heart. When it is fine even now, just as it used to be formerly, I grow quite foolish, and when I am in the country I utterly lose my head. The green grass, the swallows flying so swiftly, the smell of the grass, the scarlet poppies, the daisies, all that makes me crazy. It is like champagne when one is not accustomed to it!”

“Well, it was lovely weather, warm and bright, and it seemed to penetrate your body through your eyes when you looked and through your mouth when you breathed. Rose and Simon hugged and kissed each other every minute, and that gave me a queer feeling! Monsieur Beaurain and I walked behind them, without speaking much, for when people do not know each other, they do not find anything to talk about. He looked timid, and I liked to see his embarrassment.”

“At last we got to the little wood; it was as cool as in a bath there, and we four sat down. Rose and her lover teased me because I looked rather stern, but you will understand that I could not be otherwise. And then they began to kiss and hug again, without putting any more restraint upon themselves than if we had not been there; and then they whispered together, and got up and went off among the trees, without saying a word. You may fancy what I looked like, along with this young fellow whom I saw for the first time. I felt so confused at seeing them go that it gave me courage, and I began to talk. I asked him what his business was, and he said he was a linen draper’s assistant, as I told you just now. We talked for a few minutes, and that made him bold, and he wanted to take liberties with me, but I told him sharply to keep his place. Is not that true, Monsieur Beaurain?”

Monsieur Beaurain, who was looking at his feet in confusion, did not reply, and she continued: “Then he saw that I was virtuous, and he began to make love to me nicely, like an honorable man, and from that time he came every Sunday, for he was very much in love with me. I was very fond of him also, very fond of him! He was a good-looking fellow, formerly, and in short, he married me the next September, and we started in business in the Rue des Martyrs. It was a hard struggle for some years, monsieur. The business did not prosper, and we could not afford many country excursions, and, besides, we had got out of the way of them. One has other things in one’s head and thinks more of the cash box than of pretty speeches when one is in business. We were growing old by degrees without perceiving it, like quiet people who do not think much about love. One does not regret anything as long as one does not notice what one has lost.”

“And then, monsieur, the business became better, and we were tranquil as to the future! Then, you see, I do not exactly know what went on in my mind, no, I really do not know, but I began to dream like a little boarding-school girl. The sight of the little carts full of flowers which are drawn about the streets made me cry; the smell of violets sought me out in my easy-chair, behind my cash box, and made my heartbeat! Then I would get up and go out on the doorstep to look at the blue sky between the roofs.”

When one looks up at the sky from the street, it looks like a river which is descending on Paris, winding as it flows, and the swallows pass to and fro in it like fish. These ideas are very stupid at my age! But how can one help it, monsieur, when one has worked all one’s life? A moment comes in which one perceives that one could have done something else, and that one regrets, oh! Yes, one feels intense regret! Just think, for twenty years I might have gone and had kissed in the woods, like other women. I used to think how delightful it would be to lie under the trees and be in love with someone! And I thought of it every day and every night! I dreamed of the moonlight on the water until I felt inclined to drown myself.

“I did not venture to speak to Monsieur Beaurain about this at first. I knew that he would make fun of me, and send me back to sell my needles and cotton! And then, to speak the truth, Monsieur Beaurain never said much to me, but when I looked in the glass, I also understood quite well that I no longer appealed to anyone!”

“Well, I made up my mind, and I proposed to him an excursion into the country, to the place where we had first become acquainted. He agreed without mistrusting anything, and we arrived here this morning, about nine o’clock.”

“I felt quite young again when I got among the wheat, for a woman’s heart never grows old! And really, I no longer saw my husband as he is at present, but just as he was formerly! That I will swear to you, monsieur. As true as I am standing here I was crazy. I began to kiss him, and he was more surprised than if I had tried to murder him. He kept saying to me: ‘Why you must be mad! You are mad this morning! What is the matter with you?’ I did not listen to him, I only listened to my own heart, and I made him come into the wood with me. That is all. I have spoken the truth, Monsieur le Maire, the whole truth.”

The mayor was a sensible man. He rose from his chair, smiled, and said: “Go in peace, madame, and when you again visit our forests, be more discreet.”