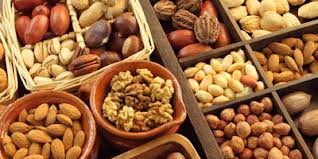 Eating Away Our Health

One of the biggest casualties of urbanization in this country has been the quality of life, a large part of which includes good health. With a culture of malpractice seeping into every sector and level it is hardly surprising that it has reached the most important of our basic needs–food. With ineffective, outdated laws, lack of enforcement and institutional corruption there is an overwhelming indifference to consumer rights and public health. Dishonest food manufacturers and traders are having a free reign in the market adding harmful substances, selling contaminated food or tampering with the original content of the food item. The government has various bodies to control food quality, but why aren’t they doing their job.

Every now and then we are shocked by media reports of ingenious forms of adulteration of food that we consume regularly. According to IPH (Institute of Public Health) more than fifty percent of food samples they have tested are adulterated. Food colouring is a form of adulteration. A toxic artificial dye is used to colour fruits and vegetables such as melons and tomatoes to give them a rich colour. Ironically even food colour is being adulterated. Substandard food colour is finding its way into many types of food. This includes the reddish jelapi, and the saffron beguni, peaju or alur chop. Candy, chips, ice cream, chewing gum and even biryani may contain large amounts of poor quality food colour. Textile dyes such as carbide and ethopene are also being used to colour different iftar items to attract customers. Urea fertiliser is used while frying muri to whiten it. Cyanide is used to give mustard oil extra bite.

Brick dust is mixed with chilly powder and a poisonous yellow colourant is mixed with turmeric powder to make it more yellow. Water and salt are also mixed with these spices to increase weight. Mangoes, jackfruit, lychees, watermelon, pineapple, papaya and bananas are artificially ripened using a carcinogenic chemical called ethylene oxide. In bananas, another chemical called Calcium Carbide is used which happens to be a sprayed Acetile-gas that releases heat, says Dr. Golam Mowlah, Ph.D., the Professor and Director General of Institute of Nutrition and Food Science, Dhaka University. “We should avoid eating fruits and vegetables which are not seasonal” says Golam Sarwar, Public Analyst of DCC’s Public Health Laboratory (PHL), “as the chemicals are used only when the fruits are not seasonal, because chemicals also cost. It is also better to avoid grind spices or grind it in the grinder, which is available in the kitchen markets. Dalda, a vegetable based fat used for cooking is an example of one of the worst cases of adulteration. “Our stomach’s temperature is 37 degrees Celsius and the melting point of dalda is 54 degree Celsius. Thus there is no way that dalda can be absorbed by the body,” says Sarwar.

If you think fish is a healthy option think again. Many fish sellers spray fish with ‘formalin’ — a chemical usually used for preservation of tissues. This chemical is mainly used with imported fish and it makes the fish stiff and keeps them looking ‘fresh’ for a longer duration. Research has found that there is ‘ecoli’ in almost all our food items. Ecoli can be fecal, skin, hair etc. If proper sanitation codes of conducts are to be followed, these forms of contamination must be totally absent in all food items. Cooking oil that is so commonly used to deep fry items should only be used once but many food vendors and restaurants recycle burnt oil. Once the oil is used for cooking, it becomes oxidised. The more the oil is used, the more pre-oxide is created which is really harmful for the body. This gets more poisonous with continued usage.

The business of maintaining food quality is a little confusing considering the fact that various government bodies handle the different categories of food and food testing. This includes DCC’s public health department, BSTI (Bangladesh Standards Testing Institution) which frames standards of food products and also conducts testing and the Institute of Public Health. Apart from that various ministries have jurisdiction over various food items. For example, the Ministry of Fisheries and Livestock monitors fish and meat quality, while food grains are under the Ministry of Food. The bulk of the responsibility, however, for most of the monitoring and control of food quality, seems to lie with the Dhaka City Corporation (DCC). Apart from issuing trade licenses to manufacturers, the DCC through its Public Health Laboratory conducts testing of samples after which it can take disciplinary action against the offenders. Samples include packaged, bottled or canned food both local and foreign as well as food sold on the streets. Each of the ten zones that the DCC deals with has a team of one assistant officer, two inspectors and two sample takers. These teams survey the market and pick out items suspected of adulteration. The samples are then tested in the DCC lab and the public analyst compiles the findings. Every few weeks the public analyst submits a statement of the findings to the DCC and based on this the inspectors serve show cause notices to the offending party. If the offender does not take heed of the notice, the inspector, through the magistrate can file a case and a penalty is imposed. All this sounds like a foolproof system for catching sellers of adulterated food but there are several flaws in this mechanism as DCC’s public analyst Md. Golam Sarwar points out making it easy for the culprits to go on with their fraudulent business.

First of all the Pure Food Act 1959 that prosecutes offenders of this kind has not been amended for the last 12 years. The penalty under this Act for food adulteration is a ludicrously low amount of Tk 200. “We have submitted a proposal for the penalty section (of the Ordinance) to increase the fine from Tk 5,000 to Tk 5 lakh,” says Sarwar. “Unless the fine is high enough to scare the offenders, such laws cannot act as deterrents”. The last time the Ordinance was amended was 1993. The Prime Minister at a cabinet meeting on November 1 endorsed the draft of the proposed Bangladesh Pure Food (Amendment) Act 2004. The age-old ordinance does not include many new products that are now available in the market but were non-existent in 1959. This includes the wide range of junk food that is so popular amongst present generation consumers. Though use of formalin in fish is a well-known phenomenon PHL is not doing anything about it. “The Pure Food Ordinance 1959 doesn’t have fish as a food item. So, we cannot go for prosecuting traders involved in mixing formalin with fish even if we manage to get hold of them,” Sarwar, Chief Public Analyst of PHL, points out.

But just having an intimidating law is hardly enough to deter unscrupulous traders from tampering with food if the monitoring system is not efficient. “Food adulteration can be due to many things”, explains Sarwar, “it can be through mixing in harmful chemicals or colourants, due to pesticide residue or microbial contamination”. To find out the exact component being mixed or causing the contamination requires sophisticated testing with state of the art equipment which the present Public Health Lab does not have says Sarwar. The lab for instance, has no facility to test drinking water or the chemical colours used in various items. Bangladesh Standards and Testing Institution (BSTI), the national standards body, is an autonomous organisation under the Ministry of Industries. BSTI performs the task of formulation of national standards of industrial, food and chemical products. Quality control of these products is done according to Bangladesh Standards. Till date BSTI has come up with over 1800 national standards of various products adopting more than 132 International Standards (i.e. ISO) and food standards set by the Food and Agriculture Organisation (FAO). BSTI certifies the quality of commodities including food items for local consumption, which applies both for export and import. Currently, 142 products are under compulsory certification marks scheme of BSTI including 54 agricultural and food items.

The health effects of having such adulterated food have not been researched but health experts agree that over prolonged periods such consumption amounts to slow poisoning. Many of these substances are cancer causing and almost all of them have adverse effects on the digestive system affecting the liver, heart and other vital organs. In a scenario where the penalty for such crimes of adulteration is either negligible or unenforceable and where substandard food has become the norm rather than the exception, the public is powerless and vulnerable. The government, with enough political will, has all the means to bring about change in the quality of food and therefore of life.