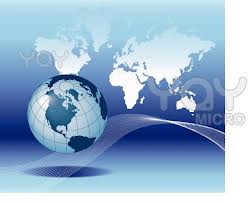 Assignment on Globalization And Bangladesh

The word ‘Globalization’ is a new one, which is being used, is the 21st Century. Now it is a buzzword of internationals relationship in the new era. It refers to more expanded trade and commerce relationship all over the world by creating a borderless market, interchange of manpower, the amalgamation or interchange of rituals, concepts and ideas among cultures. Also it may refer to a multicultural village and sometimes it may refer to a huge global family where more than six billion people are living together.

Globalization has leaded a far-reaching consequence on many aspects of life. Now the world become a village with the development of hi tech communication media and rapid transformation facilities. We can now learn anything and go any where within shortest possible time. That type of facilities also helps commercial corresponding between each other country.

We also can learn how a country developed their selves. It also helpful for educational system. We can learn about the lacking of that part. Different type of books are available in media. The flow of globalization also touches Bangladesh. Now we are availing these facilities a little here.

Always we see that investors from industrially developed countries are coming to invest their money is different sectors in a developing or undeveloped country. They are getting cheap labours and earning a lot of benefits. As  a result the poor become poorer and the rich become richer. Also that part is go through on globalization process. It has a great effect on capitalism. Than undeveloped countries through globalization. As this is a common picture is the case of Bangladesh as well. Globalization has a great effect on culture. This process also helps to break down prejudice and broaden out look and then develops international brotherhood. We ca easily learn about deferent caste, creed. Type of people all over the world. But what is happening in case of Bangladesh? Ours is a culture which is blend of various tenets of religion, tradition and regional tendencies. The surge of globalization is pouching the western unformatted culture into our society and disturbing the balance of our mentality and social psychology. Some people are leaping forward to keep up with the western culture while some others are defending their own cultures against the western ones. This cultural conflict has already started in Bangladesh. This is having a profound impact on our young generation in particular. Now, most of them are not eager to live in this country. They don’t know or worked to know that ours have a friendly culture.

‘Globalization’ effects sports too. Many international sporting events are organized from time to time. Many game like cricket, football, international computer programming competition are held in occasionally. We can see these on BTV, BTV world channels. And due to the success in cricket Bangladesh now is well known to almost all.

Last, we can say Globalization has put the countries of the world are like families in a village. It has also some disadvantages. Therefore if we want to reap the benefits of globalization process and also save us from its troubles, they we must keep our eyes open and act wisely.