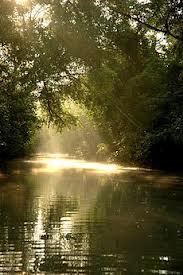 Assignment on Tourist Spot of Khulna

Khulna division is in the southwest part of Bangladesh has an area of 22274 sq. km and a population of 14.47 million. There are 10 districts and 28 municipalities under Khulna. It has the world’s biggest mangrove forest, the Sundarbans. In Khulna town you can visit Khulna Museum and Zoo. The Sundarbans are the largest littoral mangrove belt in the world, stretching 80km (50mi) into the Bangladeshi hinterland from the coast. The forests aren’t just mangrove swamps though; they include some of the last remaining stands of the mighty jungles, which once covered the Gangetic plain.

Since 1966 the Sundarbans have been a wildlife sanctuary, and it is estimated that there are now 400 Royal Bengal tigers and about 30,000 spotted deer in the area. (Crocodiles paresis) in Bangladesh, and that population is estimated at less than two hundred individuals

This is indeed a land for the sportsmen, the anglers and the photographers with its abundance of game, big and small, crocodile, wild boar, deer, pythons, wild-birds and above all the Royal Bengal Tiger, cunning, ruthless and yet majestic and graceful, For the less adventurously inclined, there are ducks and snipes, herons and coots, yellow-lags and sandpipers. It is also the land for the ordinary holiday makers who desire to rest or wander around at will to refresh their mind and feast their eyes with the rich treasure that nature has so fondly bestowed.

Water transport is the only means of communication for visiting the Sundarbans from Khulna or Mongla Port. Private motor launch, speedboats, country boats as well as mechanized vessel of Mongla Port Authority might be hired for the purpose. From Dhaka visitors may travel by air, road or rocket steamer to Khulna – the gateway to the Sundarbans. Most pleasant journey from Dhaka to Khulna is by Paddle Steamer, Rocket presenting a picturesque panorama of rural Bangladesh. Day and nightlong coach services by road are also available. The quickest mode is by air from Dhaka to Jessore and then to Khulna by road.

Katka is one of Heritage sites in Sunderban. In Katka there is a wooden watching tower of 40 ft. high from where you can enjoy the scenic beauty of Sunderban. A beautiful sea beach is there is Katka; you will enjoy while you are walking to go the beach from the watching tower. Verities birds are visible in Katka.Hiron point

This is another tourist spot in Sunderban. It is called the world heritage state. You can enjoy the beauty of wild nature and dotted dears walking and running in Hiron point. Karamjol is a forest station for the Rangers. Here you can see a dear breeding center. To visit Sunderban you need to go there with a guide and it is even better if you go there with a group. You can stay two/three days in Sunderban depending on your desire and requirements. One-day tour is not enough for Sundarban as you will not be able to see the nature in haste. For one-day tour you can go up to Karamjol and at a glance visit the outer portion of Sunderban forest areas.

In mid-15th century, a Muslim colony was founded in the inhospitable mangrove forest of the Sundarbans near the seacoast in the Bagerhat district by an obscure saint-General, named Ulugh Khan Jahan. He was the earliest torch bearer of Islam in the South who laid the nucleus of an affluent city during the reign of Sultan Nasiruddin Mahmud Shah (1442-59), then known as ‘Khalifalabad’ (present Bagerhat). Khan Jahan aborned his city with numerous mosques, tanks, roads and other public buildings, the spectacular ruins of which are focused around the most imposing and largest multidomed mosques in Bangladesh, known as the Shait-Gumbad Masjid (160’X108′). The stately fabric of the monument, serene and imposing, stands on the eastern bank of an unusually vast sweet-water tank, clustered around by the heavy foliage of a low-laying countryside, characteristic of a sea-coast landscape. So in the year 1459 the great Azam Ulugh Khan Jahan established this mosque, which called Shat Gambuj Mosjid. The general appearance of this noble monument with its stark simplicity but massive character reflects the strength and simplicity of the builder. This mosque is 160 ft long and 108 ft. in its width. This is one of the most beautiful archeological and historical Mosque in Bangladesh made by red burn mud.

This is another tourist spot, which is in Jessore district, under Khulna Division. Sagordari is famous for the residence of Great poet Michael Modhusudon Datta, famous for his wonderful composition of sonnets. He was born in the year 1824 and died in 1873. This two-storied residence, which is known as Michel Modhusudon museum, is now under the custody of Bangladesh Archeological Department, where you can see the daily usage materials of the great poet. Every year from 25-30 January a great mela (exhibition) is organized here, which is called Modhumela need after our beloved poet. A huge crowd comes to Shagordari every year for the occasion of this mela.

It is the second largest seaport of Bangladesh.In Bangladesh Economy Mongla Port plays a vital role. There are a good number of prawn hatcheries in Mongla.

Shilaidaha Thakur Bari was made by the forth father-in-law Prince Darkanath Tagore of great poet Robindranath Tagore. Now it is a museum where you can see the daily usage materials of Tagore family.

In Kustia you also can visit the Shrine of Lalan Shah, the great folk singer of Bangladesh. His folk songs are popularly known as Lalan Giti. You can also visit to the Mujib Nagar. Mujib Nagar Smriti Shoudh is built by 23 Stambha at 20 acrs areas of land. At the time of liberation war in 1971 Mujib Nagar was the temporary capital of Bangladesh.