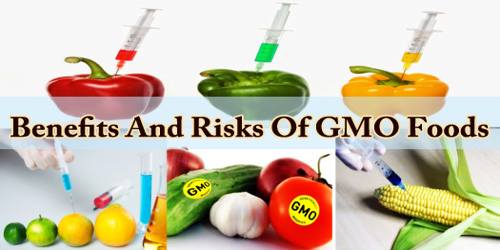 Benefits And Risks Of GMO Foods

Different examples of genetically modified foods include corn, tomatoes, potatoes, apples, and soybeans. All of them are processed in the United States. Other different foods that are not currently being processed in the United States are beets and plums. For the most part, these foods are good for us. They are a part of our everyday life when we look at the different examples of them. The saying “An apple a day keeps the doctor away” has been around as long as time. Apples are one of the many types of GMO foods that are good for us.

Since genetically modified organisms (GMOs) first appeared at the beginning of the 1990s, they have been widely adopted in agriculture. However, their newness has raised a certain number of societal issues. Whilst their positive or negative impacts on production and on the environment continue to fuel debate, the fact that they are harmless to human health has now garnered consensus with the scientific community. Nonetheless, the general public challenges this.

Genetically Modified Organisms (GMO) are being created and grown across the globe. Genetic modification actually occurs when the DNA of one living thing is added into the DNA of another so that a ‘desirable’ trait becomes part of the new, modified, organism. These modifications can alter or introduce particular traits in the organism. For example, a corn plant can be bred to resist herbicides that will kill the weeds growing around it that would compete for nutrients and light.

The use of GM crops is widely debated. At the moment there is no known harm in consuming genetically modified foods. GM foods are developed and marketed because there is some perceived advantage either to the producer or consumer of these foods. This is meant to translate into a product with a lower price, greater benefit (in terms of durability or nutritional value) or both.

GM foods currently available on the international market have passed risk assessments and are not likely to present risks for human health. In addition, no effects on human health have been shown as a result of the consumption of such foods by the general population in the countries where they have been approved.

The way GMO foods are produced is from the kinds of organisms that have had changes introduced into their DNA that utilize the different methods of genetic engineering. Many different concepts make the topic of GMO controversial in the world. Most people who worry about them are primarily concerned with the possible short and life-long health problems that may come as a result of GMOs.

There is such a need for GMO foods because the population continues to expand. According to the “Food Science and Human Wellness” book from Science Direct, as each decade comes about, the world’s population will continue to increase. Also, “In 2016, the U.N. Food and Agricultural Organization (FAO) reported that 795 million people in the world were undernourished, among which 780 million people in developing regions. Therefore, the eradication of hunger should be a priority of policy-making”. Since the earth is only increasing in its number of citizens, the production of GMO foods is needed more and more.

In 2011, the percentage of GMOs in world production stood at 83% for cotton, 75% for soya beans, 32% for corn, and 26% for rapeseed. This production is the preserve of 29 countries, mainly the United States, Brazil, Argentina, India, and Canada. Meanwhile, the cultivation of GMOs remains forbidden in over thirty nations. In 2015, a majority of European Union countries decided to block the cultivation of eight new types of GMO pending new data and approval from regulatory bodies. Nonetheless, the European Union remains the greatest user of GMOs: 30 million tonnes of genetically modified soya beans and corn are required for an animal feed every year.

In most cases, farmers who use GMO technologies do so to increase productivity, either by increasing production yields (minimizing pest-related losses), or financial returns (reducing labor or the use of specific phytosanitary products). In 2014, an analysis of 147 studies carried out around the world over the previous 20 years stated that “on average, GM technology adoption has reduced chemical pesticide use by 37%, increased crop yields by 22%, and increased farmer profits by 68%”.

There are a ton of controversies that surround the topic of GMO foods. Reasons, why they can be harmful to humans and animals, have to do with the health risks that come with them. The three significant health risks that people would potentially associate with GMO foods are genetic hazards, toxicity, and allergenicity. These three risks come from the possible sources of, “the inserted gene and their expressed proteins per se, secondary or pleiotropic effects of the products of gene expression, and the possible disruption of natural genes in the manipulated organism”. No matter what, questions will always arise when it comes to different health risks containing these foods.

For the most part, many environmental advantages come from GMOs. The International Service for the Acquisition of Agri-biotech Applications stated, “One of the significant environmental benefits of GM crops is the dramatic reduction in pesticide use, with the size of the reduction varying between crops and introduced trait”. The uses of GMOs have helped farmers in terms of reducing pesticides. Pesticide spraying has gone down tremendously and has helped the environment in reducing the number of gas miles used, “The technology has also significantly reduced the release of greenhouse gas emissions from agriculture equivalent to removing 16.75 million cars from the roads”. Even though GMOs are useful in terms of reducing pesticides, they still bring in a bunch of worries towards the environment.

The World Health Organization (WHO) considers that GMO-based food presents the same health risks as ‘classical’ food. This position is widely echoed by the scientific community, represented by numerous national and international bodies, such as The European Commission, The American Medical Association, The National Academy of Science (US), The Royal Society of Medicine (UK), L’Académie des Sciences française, Die Union der deutschen Akademien der Wissenschaften (D), etc. The Swiss National Science Foundation reports the results of the analysis of over a thousand international scientific publications: “Genetically modified plants (GMPs) are not harmful for human health or for the environment. The appearance of adverse effects at sites where certain transgenic varieties are cultivated is not a consequence of genetic engineering. It is the result of poor agricultural practices (such as monoculture)”.

The potential problem of creating weeded species is what concerns most people when it comes to GMOs. Intervention used to help with GMO is assisted adaptation, “Assisted adaptation may be one of the most viable options remaining to enable the survival of certain species under a changing climate. Scientists may be able to deliberately introduce genes into wild populations that would assist species in their adaptation to changing conditions” It all depends on how the GMOs are produced to determine if they are good for the environment or not.

Producing and consuming GM crops is associated with increased endocrine disruption, reproductive disorders, and accelerated aging. There is evidence that the increased use of glyphospate-based herbicides on GM crops is linked to endocrine disruption. While not directly a result of the crop, it’s a consequence of making the crops resistant to the herbicides. More research needs to be done over these potential risks.

Tomatoes are genetically modified with increased lycopene. Nutritionists suggested an association between increased consumption of lycopene and reduced risk of prostate cancer. However, the Food and Drug Administration concluded there is little scientific evidence to reliably back this claim. Studies associated soybean proteins with antihypertensive properties such as lowering blood pressure. Scientists claim Golden Rice contains more Vitamin A. Studies showed Golden Rice leads to decreased rates of childhood blindness due to the increased consumption of Vitamin A.

In a 2015-published study, The Pew Research Center stated that 88% of scientists from the AAAS (American Association for the Advancement of Science) consider that consuming GMO food poses no health issues, whereas only 37% of the population supports this view. This 51 point gap represents the greatest difference in opinion between the public and the scientific community. It is probably partly due to the effectiveness of the media activity of organizations that are against GMOs in general.

In June 2016, over a hundred Nobel Prize winners contributed to the media debate by asking Greenpeace to cease its hostile campaigns against genetically modified organisms: “We urge Greenpeace and its supporters to re-examine the experience of farmers and consumers worldwide with crops and foods improved through biotechnology, recognize the findings of authoritative scientific bodies and regulatory agencies, and abandon their campaign against ‘GMOs’”.