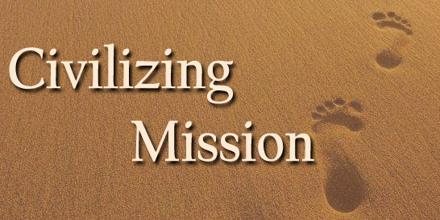 This article actually talks about Civilizing Mission, which is a rationale for intervention or colonization, purporting to contribute to the spread of civilization, and used mostly in relation to the Westernization of indigenous peoples. It consist of highly perpetuated ideals and beliefs that are reflected onto a large audience, with the unintentional or intentional objective being to mold their characteristics and mindsets in favor of the outlet projecting their ideals. It’s essentially a concept in which a person or a group of people are forcing their personal beliefs and values onto another group of people, with the mindset that their belief is the ultimate belief.