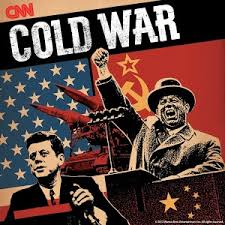 Cold War could be the term used to explain the intense competition that developed following World War II between groups of Communist and non-Communist nations around the world. On one facet were the Unification of Soviet Socialist Republics and its particular Communist allies, often referred to as the Eastern bloc. The Cold War was seen as an mutual distrust, mistrust, and misunderstandings by both the united states and the Soviet Unification, and their allies. At times, these conditions increased it is likely that a third earth war.