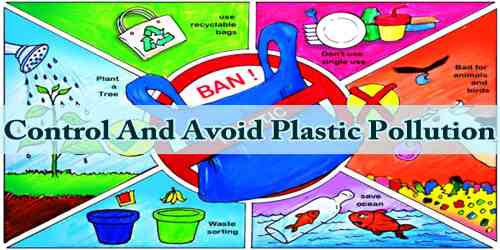 The truth that the only way of addressing this issue is for people and companies in the world to commit and adopt pollution-reduction policies at all rates. Plastic bags and bottles, like all forms of plastic, create significant environmental and economic burden. They consume growing amount of energy and other natural resources, degrading the environment in a number of ways.

In addition to using up fossil fuels and other resources, plastic products create litter, hurt marine life, and threaten the basis of life on earth. The oceans are gradually turning into a plastic soup. It is estimated that 1230 g of plastic is floating around per square kilometer, not to mention the ropes, fishing nets, crates, and bottles. But (micro) plastics also end up in the soil, for example through agricultural plastic that is ploughed into the soil.

Much of the plastic waste occurs in the form of microplastics: pieces of plastic measuring between 5 micrometers and 5 millimeters. Our water purification plants have difficulty filtering out such particles. They end up in the surface water and ultimately in the oceans, where they are picked up by all kinds of marine animals, thereby entering the food chain. Awareness is growing and various governments are planning measures to reduce the volume of plastic waste.

Plastics consist of a variety of synthetic organic polymers and additives, giving each plastic product its unique properties. Plastic is generally split into two categories: micro- and macro-plastics. Microplastics (e.g., pellets, granules) are smaller than 5 mm, found throughout the water column, and compose 95% of the plastics in the ocean. Not readily seen, they receive less attention than macroplastics, which are visible pieces of debris, larger than 5 mm, and usually found on surface water or coastal beaches.

It is estimated that 1.1 to 8.8 million tonnes of plastic waste enters the ocean from coastal communities each year. Living organisms, particularly marine animals, can be harmed either by mechanical effects, such as entanglement in plastic objects, problems related to ingestion of plastic waste, or through exposure to chemicals within plastics that interfere with their physiology. Effects on humans include disruption of various hormonal mechanisms.

Nevertheless, plastic remains a useful material, but it is crucial that plastic waste is properly recycled and does not to end up in the environment. Not only governments and companies, but also users play an essential role in this respect.

Given the global scale of plastic pollution, the cost of removing plastics from the environment would be prohibitive. Most solutions to the problem of plastic pollution, therefore, focus on preventing improper disposal or even on limiting the use of certain plastic items in the first place. Fines for littering have proved difficult to enforce, but various fees or outright bans on foamed food containers and plastic shopping bags are now common, as are deposits redeemed by taking beverage bottles to recycling centres. So-called extended producer responsibility, or EPR, schemes make the manufacturers of some items responsible for creating an infrastructure to take back and recycle the products that they produce. Awareness of the serious consequences of plastic pollution is increasing, and new solutions, including the increasing use of biodegradable plastics and a “zero waste” philosophy, are being embraced by governments and the public.

In the street never throw plastic or other litter out of your car and do not drop it on the pavement or in the gutter. Practice and promote paper disposal of plastics in your home and at the beach. Always remember that litter generates litter. Never dispose off plastics in the sewage system. At the beach dispose off plastics and other litter in the bins provided. If these facilities are inadequate, contact the local authority responsible for this and lodge a complaint. Take our litter back home with us if there are no receptacles on the beach. Pick up any plastic litter we may see on the beach or in rock pools in the vicinity in which we are sitting or walking. Encourage young children to do likewise.

Set an example for others and encourage them to help. Plastics are not themselves a problem. They are useful and popular materials which can be produced with relatively little damage to the environment. The problem is the excessive use of plastics in one-off applications together with careless disposal.