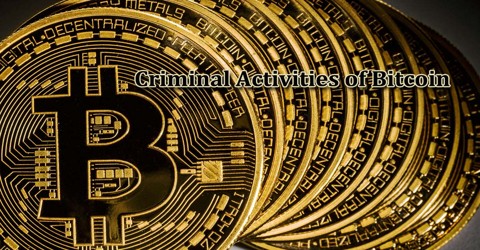 Bitcoin is digital money, which is used for secure and instant transfer of value anywhere in the world. It is not controlled or issued by any bank or government – instead it is an open network which is managed by its users.

Bitcoin-to-Bitcoin transactions are made by digitally exchanging anonymous, heavily encrypted hash codes across a peer-to-peer (P2P) network. The P2P network monitors and verifies the transfer of Bitcoins between users. Each user’s Bitcoins are stored in a program called a digital wallet, which also holds each address the user sends and receives Bitcoins from, as well as a private key known only to the user. Bitcoin’s most important characteristic, and the thing that makes it different to conventional money, is that it is decentralized. No single institution controls the bitcoin network. This puts some people at ease, because it means that a large bank can’t control their money.

Many large online businesses accept bitcoin, such as Overstock, Expedia, and Dell. Non-profits such as Wikipedia and the United Way also accept bitcoin donations. Look for a bitcoin payment option at many of your favorite websites and you’ll be surprised how many accept bitcoin.

Bitcoin is made to be a tremendous step ahead to make funds safer and may also act like a substantial security against any kinds of financial crime. For example, bitcoins are fraud-safe. Users have the complete control over their transactions and are not able to receive unapproved costs like credit card scams. Bitcoin exchange transactions are irreversible and safe from fraudulent chargebacks. Bitcoin exchange enables money to be protected against identity theft and loss using strong and beneficial mechanisms like backups, encryption, and many signatures. Some issues has been brought up that Bitcoin might be more attractive to scammers mainly because it may be used to make personal and irreversible payments. However, these features are already available with cash and wire transfer that are commonly used and well-established. The usage of Bitcoin for exchange will definitely be exposed to similar restrictions that had been available in current financial methods, and Bitcoin is unlikely to stop criminal findings from being carried out. Overall, it is popular for crucial discoveries to be thought of as being debatable before their advantages are very well recognized.

Several news outlets have asserted that the popularity of bitcoins hinges on the ability to use them to purchase illegal goods.

A CMU researcher estimated that in 2012, 4.5% to 9% of all transactions on all exchanges in the world were for drug trades on a single dark web drugs market, Silk Road. Child pornography, murder-for-hire services, and weapons are also allegedly available on black market sites that sell in bitcoin. Due to the anonymous nature and the lack of central control on these markets, it is hard to know whether the services are real or just trying to take the bitcoins.

In October 2013 Silk Road was shut down by U.S. law enforcement leading to a short-term decrease in the value of bitcoin. In 2015, the founder of the site was sentenced to life in prison. Alternative sites were soon available, and in early 2014 the Australian Broadcasting Corporation reported that the closure of Silk Road had little impact on the number of Australians selling drugs online, which had actually increased.

In late 2014, a joint police operation saw European and American authorities seize bitcoins and close 400 deep web sites including the illicit goods market Silk Road 2.0. Law enforcement activity has resulted in several convictions. In December 2014, Charlie Shrem was sentenced to two years in prison for indirectly helping to send $1 million to the Silk Road drugs site, and in February 2015, its founder, Ross Ulbricht, was convicted on drugs charges and faces a life sentence. Some malware can steal private keys for bitcoin wallets allowing the bitcoins themselves to be stolen. The most common type searches computers for cryptocurrency wallets to upload to a remote server where they can be cracked and their coins stolen. Many of these also log keystrokes to record passwords, often avoiding the need to crack the keys. Another type of bitcoin-related malware is ransomware. One program called CryptoLocker, typically spread through legitimate-looking email attachments, encrypts the hard drive of an infected computer, then displays a countdown timer and demands a ransom, usually two bitcoins, to decrypt it.