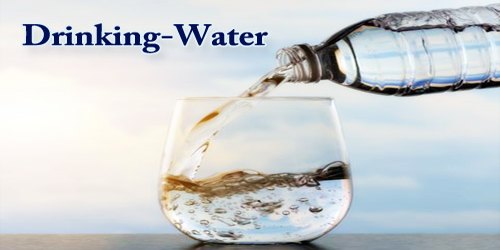 “Drinking Water”, also known as ‘Potable Water’, simply means water that is safe to drink, and it is becoming scarcer in the world. Increasing use is stressing freshwater resources worldwide, and a seemingly endless list of contaminants can turn once potable water into a health hazard or simply make it unacceptable aesthetically. The water, which is fit for drinking because it is clean and transparent. The Ph level of this water is 7. There are no microorganisms present in this water. The amount of drinking water required to maintain good health varies, and depends on physical activity level, age, health-related issues, and environmental conditions.

Of the more than 2 billion people who lack potable water at home, 844 million don’t have even basic drinking water service, including 263 million who must travel 30 minutes per trip to collect water. About 159 million drink untreated surface water. Globally, by 2015, 89% of people had access to water from a source that is suitable for drinking called improved water sources. In Sub-Saharan Africa, access to potable water ranged from 40% to 80% of the population. Nearly 4.2 billion people worldwide had access to tap water, while another 2.4 billion had access to wells or public taps.

The World Health Organization (WHO) considers access to safe drinking water a basic human right. About 1 to 2 billion people lack safe drinking water, a problem that causes 30,000 deaths each week. More people die from unsafe water than from war, U.N. Secretary-General Ban Ki-Moon said in 2010. Unsafe drinking water is a major cause of diarrheal disease, which kills about 800,000 children under the age of 5 a year, usually in developing countries, but 90 countries are expected to fail to reach the goal of universal coverage by 2030. 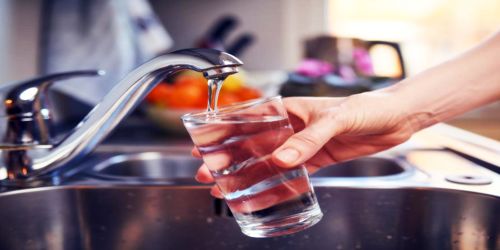 According to the World Health Organization (WHO), “access to safe drinking water is essential to health, a basic human right and a component of effective policy for health protection.”

The World Health Organization (WHO) organizes potable water contamination as organic, inorganic, radiological, and microbiological, and includes measures of acceptability of taste, smell, and appearance.

Access to safe drinking water is indicated by safe water sources. These improved drinking water sources include household connection, public standpipe, borehole condition, protected dug well, protected spring, and rainwater collection. Sources that do not encourage improved drinking water to the same extent as previously mentioned include: unprotected wells, unprotected springs, rivers or ponds, vender-provided water, bottled water (consequential of limitations in quantity, not a quality of water), and tanker truck water. Access to sanitary water comes hand in hand with access to improved sanitation facilities for excreta, such as connection to the public sewer, connection to a septic system, or a pit latrine with a slab or water seal. Also treating drinking water are so-called “emerging contaminants” or “contaminants of emerging environmental concern,” which include pharmaceuticals introduced through sewage and runoff from livestock operations. 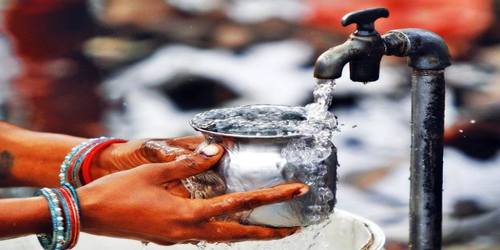 Demand for freshwater worldwide is projected to increase by 55% between 2000 and 2050, and recently, NASA scientists have determined that freshwater resources are being used faster than they are being replenished. Jay Famiglietti, a senior hydrologist at NASA, has warned, “The water table is dropping all over the world. There’s not an infinite supply of water.” Drinking or Potable water is fundamental to human life, and we can expect it to be a growing issue for the foreseeable future.