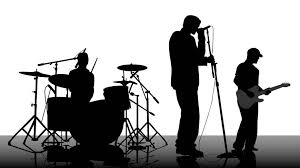 Entertainment consists of any activity, which provides a diversion or permits people to amuse themselves in their leisure time. Entertainment is generally passive, such as watching opera or a movie. Active forms of amusement, such as sports, are more often considered recreation. [1] Activities such as personal reading or practicing a musical instrument are considered hobbies.

Entertainment may also provide fun, enjoyment and laughter. The industry that provides entertainment is called the entertainment industry. There are many forms of entertainment for example: cinema, theatre, sports, games and social dance. Puppets, clowns, pantomimes and cartoons tend to appeal to children, though adults may also find them enjoyable.

Have several excellent air-conditioned cinema halls, which screen British. American, continental and Bangladeshi films. All district towns have their own cinemas. Check the daily morning newspapers for details of current attractions.

Cultural shows are quite frequently performed at several venues like Mohila Samity, Guide House and British Council Auditorium. Check with hotel receptions and the daily newspapers for details.

Fairs and festivals have always played a significant role in the life of the citizens of this country. They derive from them a great amount of joy, entertainment and color for life. While most of the festivals have sprung from religious rituals, the fairs have their roots in the very heart of the people, irrespective of religion, caste or creed. The biggest Muslim festivals are Eidul Fitter. Next comes Eid ul Azha. Other widely celebrated Muslim festivals are Eid e Miladunabi, Shab – e – Barat, Ashura (10th day of Lunar Month, Muharram), and Jamt ul wide. Festivals like Durga Puja of the Hindus, Christmas of the Christians, and Buddha Purnima of the Buddhists are also celebrated with equal fervor. Among the nonreligious festivals Bengali New Year’s Day, Victory Day (16 December) and Independence Day (26 March) are celebrated nationwide. All these festivals are marked as public holidays. Other national holidays are 21 February (National Mourning Day in memory of the martyrs of Language movement) 1 May and 7 November (National Solidarity Day).

Classical forms of the sub continent predominate in Bangladeshi dance. The folk, tribal and Middle Eastern traits are also common. Among the tribal dances, particularly popular are Monipur and Santal.

The music in Bangladesh can be divided into three distinct categories classical, folk and modern. The classical music, both vocal and instrumental is rooted in the remote part of the sub continent. Ustad Alauddin Khan and Ustad Ayet Ali Khan are two names in classical instrument music who are internationally known. Folk song nurtured through the ages by village poets, rich in devotional mysticism and lovers is popular in Bangladesh. The best-known forms are Bhatiali, Baul, Marfati, Murshidi and Bhawaiya, Lalan, Hansan Raja, Abbasuddin and Abdul Alim are four great manes in folk song. Modern Bengali song pioneered by Rabindranath Tagore and Kazi Nazrul Islam blended western and Middle Eastern traits with traditional forms. Contemporary patterns have more inclinations to west. Pop song and band groups are also coming up mainly in Dhaka city.