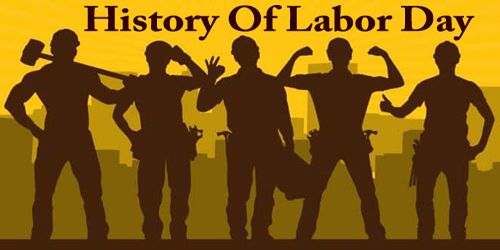 Labor Day was first celebrated by local municipalities and states before becoming a national holiday. The first Labor Day was celebrated on Tuesday, 5th September 1882, in New York City, according to the Department of Labor. It was organized by the New York Central Labor Union, which was made of several labor unions coming together to work toward better working conditions. The second Labor Day followed a year later, on September 5, 1883.

Labor Day wasn’t part of a three-day weekend until 1884 when the first Monday in September was selected as the holiday, as originally proposed by the Central Labor Union, which encouraged other cities and states to honor workers as well. From 1885 to 1894, 32 states passed bills to adopt a day to honor workers.

On June 28, 1894, Congress passed the act establishing the first Monday in September as a legal national Labor Day holiday. To be precise, 62% of people participate in a cook-out on this holiday, according to the Hearth, Patio & Barbecue Association.

In Canada and the United States, the holiday is celebrated on the first Monday of September and considered the unofficial end of summer, with summer vacation ending and students returning to school around then.

Labor Day is a very significant holiday in a different country in the world and in India also. Here are some reasons why it is so much significant to the population.

The original intent of Labor Day was to provide a holiday that would honor the social and economic achievements of American workers. Essentially, it was intended to be an annual national tribute to the contributions workers have made to the strength, prosperity, and well-being of the country.

During the industrial revolution, in particular, American workers built a strong nation with infrastructures such as railways, dams, roads, and bridges. While rich and powerful men, such as Andrew Carnegie, often get the credit, it was the workers who turned these great men’s visions into reality.

Labor Day is still celebrated in cities and towns across the United States with parades, picnics, barbecues, fireworks displays and other public gatherings. For many Americans, particularly children and young adults, it represents the end of the summer and the start of the back-to-school season.