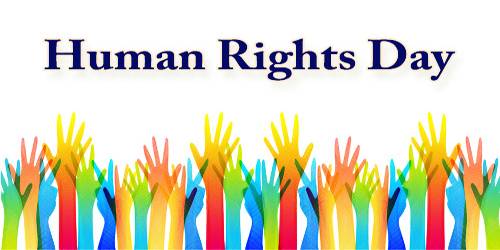 Human Rights Day is the best day for its launch as the day is basically celebrated for honoring the rights of people. This day is observed by the international community every year on 10th December. The date was chosen to honor the United Nations General Assembly’s adoption and proclamation, on 10th December 1948, of the Universal Declaration of Human Rights (UDHR), the first global enunciation of human rights and one of the first major achievements of the new United Nations. The formal establishment of Human Rights Day occurred at the 317th Plenary Meeting of the General Assembly on 4 December 1950, when the General Assembly declared resolution 423(V), inviting all member states and any other interested organizations to celebrate the day as they saw fit.

The Office of the United Nations High Commissioner for Human Rights plays a prominent role in coordinating worldwide efforts to celebrate the day, which routinely features cultural events and performances, public meetings and seminars, and other educational activities in promotion of human rights. The day is normally marked both by high-level political conferences and meetings and by cultural events and exhibitions dealing with human rights issues. Besides, it is traditionally on 10 December that the five-yearly United Nations Prize in the Field of Human Rights and Nobel Peace Prize are awarded. Many governmental and non-governmental organizations active in the human rights field also schedule special events to commemorate the day, as do many civil and social-cause organizations.

At a plenary session on 4th December 1950, the UN General Assembly passed a resolution 423 (V) that invited all UN member states and any other interested organizations to commemorate the 10th December 1948, proclamation of the UDHR with an annual celebration, called Human Rights Day, to be held on the anniversary of that landmark date. Each year a theme is chosen to draw attention to a particular facet of the effort to uphold human rights. Themes have included ending discrimination, fighting poverty, and protecting victims of human rights violations. Additionally, since 1968, which the UN designated as the International Year for Human Rights, the organization has periodically awarded a United Nations Prize in the Field of Human Rights on Human Rights Day.

When the General Assembly adopted the Declaration, with 48 states in favor and eight abstentions, it was proclaimed as a “common standard of achievement for all peoples and all nations”, towards which individuals and societies should “strive by progressive measures, national and international, to secure their universal and effective recognition and observance”. Although the Declaration with its broad range of political, civil, social, cultural and economic rights is not a binding document, it inspired more than 60 human rights instruments which together constitute an international standard of human rights. Today the general consent of all United Nations Member States on the basic Human Rights laid down in the Declaration makes it even stronger and emphasizes the relevance of Human Rights in our daily lives.

The 60th anniversary of the Universal Declaration of Human Rights occurred on 10 December 2008, and the UN Secretary-General launched a year-long campaign leading up to this anniversary. Because the UDHR holds the world record as the most translated document (except for the Bible), organizations around the globe used the year to focus on helping people everywhere learn about their rights.

Human rights gain new meaning when they become a reality in the daily life of every single person in the world. Bringing human rights home is at the core of UNESCO’s mission in all its fields of competence education, science, culture, and communication. In the context of the commemoration of the 70th anniversary of the Universal Declaration of Human Rights (UDHR), UNESCO brings to the fore the centrality of human rights protection in the history and the mandate of the Organization.